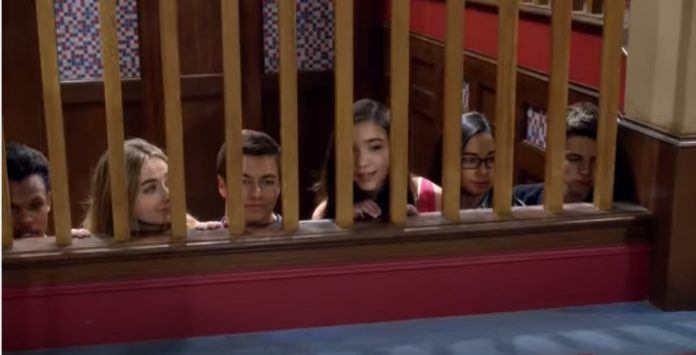 As of late, there’s no confirmation yet as to whether Disney’s teen sitcom “Girl Meets World” will be getting another installment or if it be finally canned by the network.

The third season of the show is currently underway but management and the producers of the show have remained mum about a fourth season. Rowan Blanchard, who plays the 14-year-old protagonist Riley Matthews, was asked about it and replied that they have not yet been given any heads up if the show will be renewed or not. The actress also added that the cast are keeping their fingers crossed for another season to materialize in order to carry on with what will be left by the ongoing season.

Moreover, there are speculations that if ever there will be a fourth installment of the show, “Girl Meets World” might then be aired on the cable network Freeform, which is owned by ABC Family Worldwide and is under The Walt Disney Company. In addition, it is said that since the show’s characters are tackling the different issues of being a teenager, the rumored move will be more fitting since the cable network zeroes in on audiences aged 14 to 34.

Fans might recall that the show’s sophomore season focused more on serious issues among teens like ethics, multiple love interests, and women’s rights as the protagonists prepared to begin their high school life.

Meanwhile, the third season of the show was announced almost a year ago and ended filming early last month. It has been noted that Isaiah “Zay” Babineaux (Amir Mitchell-Townes) was rumored to be the new protagonist of the current season but Mitchell-Townes begged off the idea. It is also said that the finale episode for this season will be dubbed “World Meets Girl.”

Now that the show’s fate may well seem to hang in the balance, fans are still hoping the Disney will be renewing one of its top-rated programs.