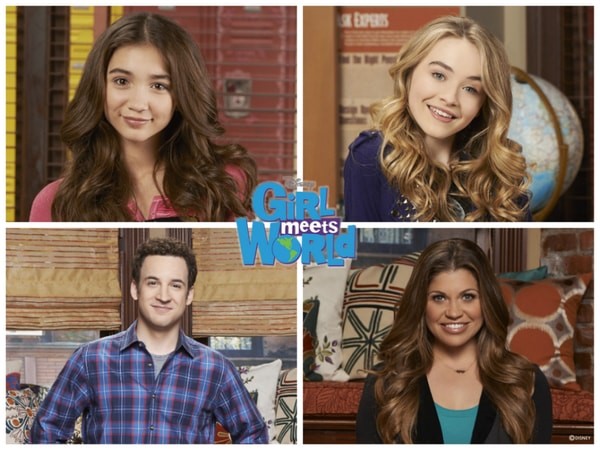 A few days after the filming of the season 3 finale of “Girl Meets World,” news has started to spread that the episode will end with a big hurrah featuring a big reunion with the original cast of “Boy Meets World.” That is something to look forward to for fans of the show. However, another rumor is going to make viewers anxious about the future of the series.

According to Gamenguide, there are rumors of the series’ cancellation because of the bad blood between Rowan Blanchard, who plays Riley Matthews, and the rest of the “Girl Meets World” cast, especially Sabrina Carpenter, who portrays Maya Hart.

Blanchard has denied the validity of this rumor, recently posting on Twitter that she has a good relationship with the rest of the cast. In her tweet she writes, “The cast and I love each other more than anything, we all have had a hard time this week because of it being our possible last week.” So, this is a sign that there is a huge possibility that season 3 is the final season for “Girl Meets World.”

Fans of the show can relax a little because there are speculations suggesting that the series will not end yet. Reports say that “Girl Meets World” may move to Freeform because of the more mature plots it will be dealing with on season 4. One of the storylines the writers of the show can do is have the main cast attend college. Another plot they can revisit is the love triangle involving Riley, Maya and Lucas Friar (Peyton Meyer).

The current season of “Girl Meets World” continues to air every Friday at 8:30 p.m. EDT on Disney Channel. The Disney series started in 2014 as a sequel to “Boy Meets World,” and since then a lot has happened during its three season run.