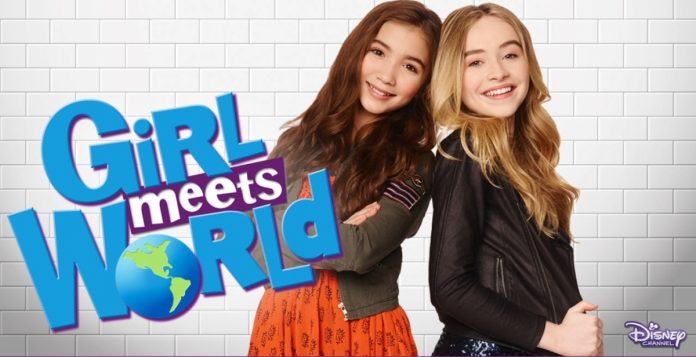 The final episode of “Girl Meets World” aired on Jan. 20. It was also the third season finale of Disney Channel’s coming of age sitcom. Is Disney really done with the hit show? The showrunner has a story to tell.

“We are certainly having discussions, there are some interested platforms,” show creator Michael Jacobs told The Wrap.

“I don’t think ‘Girl’ should have been canceled. We signed to do four seasons. I thought we would be able to tell stories through four seasons. That’s the way we set it up,” he shared. Jacobs added that he planned to have “remarkable” final year for the comedy show.

In response to Jacobs’ claim, a representative from Disney Channel, who has knowledge of the network agreement, revealed to The Wrap that “Girl Meets World” was signed for three seasons, and the fourth season was just an “option.”

“The decision to not option a fourth season of ‘Girl Meets World’ was made after careful consideration of many factors,” Disney Channel informed TheWrap in a statement.

“Girl Meets World” premiered in June 2014 on Disney Channel. The series was a sequel to “Boy Meets World,” which aired on ABC from 1993 to 2000. Ben Savage and Danielle Fishel returned to continue their roles as Cory and Topanga, respectively.

The sitcom centered on Cory and Topanga’s daughter, Riley (Rowan Blanchard), and her friends.

While the contract negotiations with current network are still in the air, the showrunner already has plans in case another network will pick up the show. Jacobs is aiming to get everyone on board. He is certain that the cast members would reprise their role in the sitcom.

Following Disney Channel’s cancellation of the show, the avid fans are campaigning for other networks, like Netflix and Hulu, to pick up the comedy series.

“I think what is astounding is the places the fans have picked out for us are incredibly astute,” Jacobs stated.

'The Voice' news: Gwen Stefani's ex talks about moving on