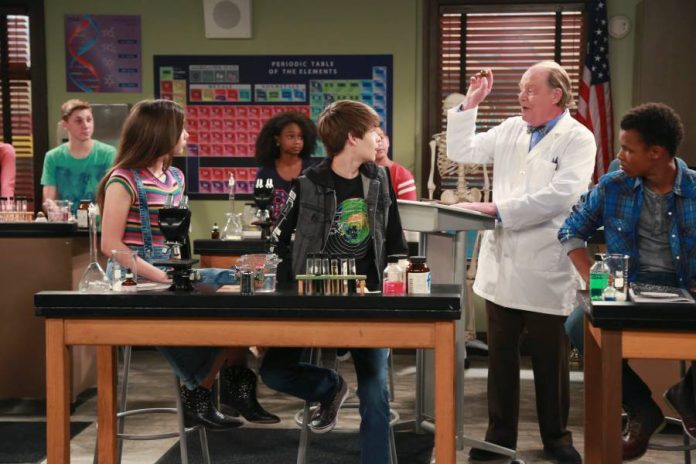 It seems like it may take some time before viewers of Disney Channel’s hit series “Girl Meets World” will know what happens after the bombshell episode that aired on New Year’s Day showing the love triangle among Riley, Lucas and Maya, and the revelation that Riley still has feelings for the heartthrob cowboy.

The show has recently returned for season 2 with the episode titled “Girl Meets STEM.” However, it focused on Riley proving that she can do a science experiment amidst the taunting she received from boys in her school. Reports claim that the installment seems to encourage the viewers, especially the females, to consider the field of science, technology, engineering, and math.

When the series airs its next episode titled “Girl Meets Money,” it looks like it will highlight Farkle’s dilemma next involving the entire Minkus family. The synopsis reads, “When Farkle’s dad makes a bad investment, Farkle becomes worried about what that might mean for his family.”

Farkle will reportedly have a problem with his family possibly losing their wealth, and he will do something about it with the help of his friends. Stuart Minkus will be reprised by Lee Norris from the iconic film “Boy Meets World.”

Moreover, owner of Dallas Mavericks Mark Cuban will also do a cameo in the aforementioned episode. In a teaser video, his role seems like he will be the one making a decision on whom to give a huge amount of money to among the lead characters.

However, each member of the gang has to face the challenge presumably proving that money cannot change any of them and their friendship as they compete against each other. Every one gives their unique pitch and they will present it to Cuban, “We’re thinking of giving you guys a lot of money,” he says.

As for the love issue, it remains to be seen when the narrative will tackle the said bit in other future episodes. Meanwhile, “Girl Meets World” season 2, episode 27 airs on Jan. 22.

'NCIS' season 14 spoilers: Series to return to its original weekly...