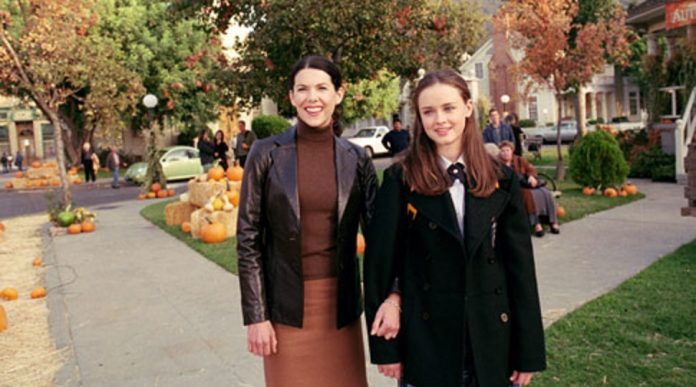 The filming of the revival of “Gilmore Girls” has just been completed after three months of production and the show is now waiting to stream this year.

While keeping an eye out for the announcement of the exact release date of the comedy-drama TV series, fans keep themselves occupied with news, spoilers, bits of inside information and photos taken straight from the filming set. There are a lot of photos of the reunited cast members and of the recreated Star Hollow, the fictitious Connecticut town where the story is set.

Just recently, Scott Patterson posted on Twitter a selfie of him and Lauren Graham and applauded his co-star in the caption that says: “That’s a wrap! Just hand @thelaurengraham the Emmy now!”

The upcoming Netflix revival “Gilmore Girls” will comprise four 90-minute movies which will represent each of the four seasons, winter, spring, summer and autumn. Hence there are reports, although unverified, that the revival will be called “Gilmore Girls: Seasons.”

While “Gilmore Girls” release has yet to be officially announced, one of the actors, Nick Holmes, previously created a buzz in the online community of fans when he unwittingly disclosed that it might be in November as he responded to a comment asking for the release date on his Instagram post. If this were correct, then “Gilmore Girls” will re-grace the screens earlier than most people were guessing. What is certain for now is that Netflix promised a pre-Christmas release.