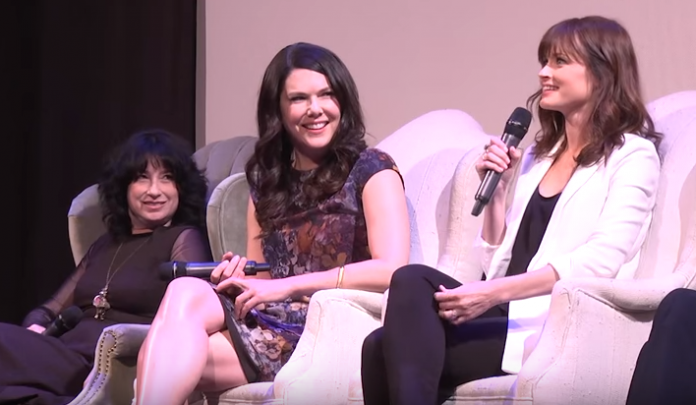 Netflix has confirmed the revival of “Gilmore Girls” which will be available for online streaming later this year. Original “Gilmore Girls” writer-producer Amy Sherman-Palladino confirmed to TV Line that there will be four new 90-minute episodes with titles based on tvhe four seasons: “Winter,” “Spring,” Summer” and “Fall.”

“We thought that’d be a lovely way to catch up with all three of our Gilmore girls over the course of a year,” Sherman-Palladino, who writes and directs the series with husband Daniel Palladino, explained. “And with that, we ensconced ourselves in a hotel in Sag Harbor and laid out cards on the ground for the four seasons and got a general idea of what we thought the stories would be.”

Sherman-Palladino may have left the show before its final season, but that doesn’t mean everything that happened in the seventh season will be taken for granted.

“We had to pick them up where they left off. Luckily, the elements that we really wanted to play were not taken or destroyed by whatever they did in Season 7. So it actually worked out quite nicely,” she noted.

Rory might not be married and might not have kids nine years after the show ended in 2007, but her love life won’t be totally empty as she will be dating someone.

Sadly, everybody will miss the well-loved Richard Gilmore as he won’t be joining the reboot. Actor Edward Herrmann’s passed away in 2014.