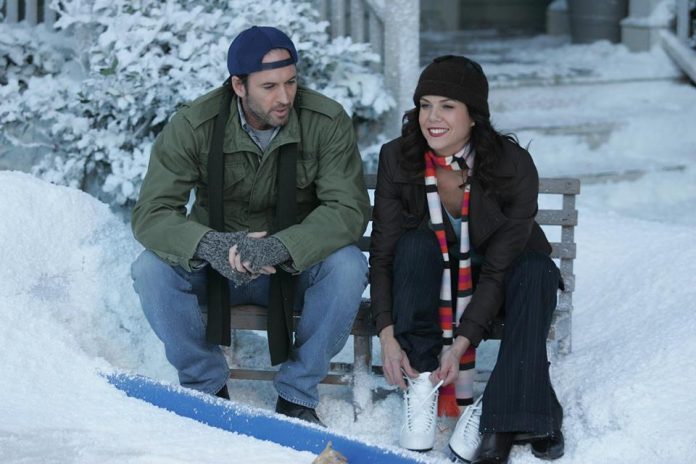 As the revival of “Gilmore Girls” slowly draws near, fans are getting more and more excited about once again watching the lives of Lorelai (Lauren Graham) and Rory (Alexis Bledel) unfold. Of course, tagging along in the special run are the men that once played or may still very well play an important part in the lives of the Gilmore girls.

Viewers who relentlessly followed the show during its initial run are familiar with the chemistry that Lorelai has with Luke (Scott Patterson). And with the actor’s imminent return to the scene, the 57-year-old teases that shippers should be ready for a scene that tops all Lorelai and Luke scenes.

While it appears that the older Gilmore girl will have her love life blossoming in the forthcoming installment of the series, Rory, on the other hand, may be catching up with an old flame. Jess (Milo Ventimiglia) is set to come back and while it is not exactly known what his intentions are, this time around, it is safe to say that his previous relationship with Rory will somehow be referred to.

It can be remembered that the last time fans saw Jess was in season 6 and despite still having some feelings left for Rory, his ex-flame stood her ground stating that she was still very much with Logan (Matt Czuchry)

“It was a blast, it was a lot of fun,” Ventimiglia told Fox News with regard to reprising his role in “Gilmore Girls”. “I’ve said it for a very long time [producer] Dan [Sherman] and [creator] Amy [Sherman-Palladino] I’ve stayed very, very close with them over the years, and for them to call me and say they are doing this and putting it together, I was absolutely going to show up.”

It will be interesting to see how Jess’s story arc will come to play but with Ventimiglia’s comment about the revival being “classic Gilmore,” viewers are surely in for a treat.

“Gilmore Girls: A Year in the Life” is set for a Netflix rollout on Nov. 25. The limited run will consist of four 90-minute episodes with each episode covering a particular season.