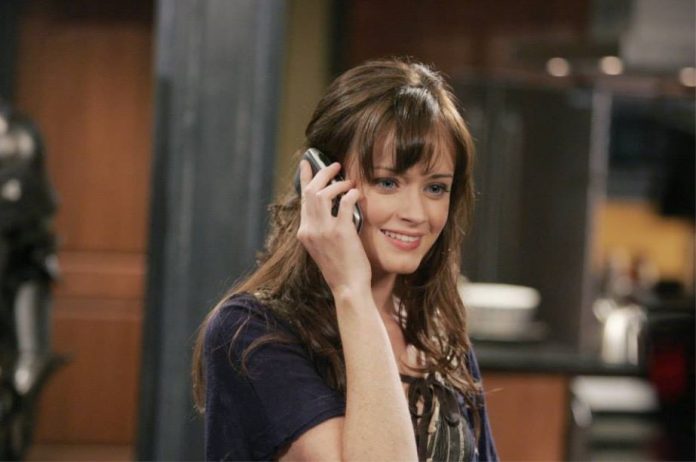 Years after the series finale of “Gilmore Girls,” fans are still debating who among Rory’s (Alexis Bledel) former boyfriends would be the best match for her. Now that the revival, “Gilmore Girls: A Day in the Life,” is about to premiere in two months, viewers will get to revisit Stars Hollow and see Rory interact with her former flames again.

Will Rory end up with local boy Dean Forester (Jared Padalecki), bad boy Jess Mariano (Milo Ventimiglia), or her Yale sweetheart, Logan Huntzberger (Matt Czuchry)? Bledel isn’t spilling the beans, but in an interview with Us Weekly, the 35-year-old actress said that her character will definitely be running into the three boys again in the Netflix revival.

“I think there is satisfying closure from any fans of any of the three couples that tend to get some attention,” said Bledel. “But they’re very different interactions. I would say each one of them [gets] closure in a different way.”

In the seventh season of the original series, Logan proposed to Rory, but after giving it some thought she turned him down because she wasn’t ready for that kind of commitment. In the finale, Rory packed her bags and told her family that she was leaving for Iowa to be a reporter on Obama’s campaign.

Apart from the current state of her love life, the revival will also see Rory’s career ups and downs through the years. Bledel revealed that as a reporter, Rory frequently travels and finds herself “crashing on couches and staying with friends.”

“She has been working hard, as she does,” said the actress. “She started her work as a journalist at the same time that newspapers were going away. Her field changed dramatically as she was just kind of getting up and running. So that’s where we pick up with her.” Bledel added that Rory has been living a vagabond lifestyle and chasing each story that she becomes passionate about.

The 90-minute premiere titled “Winter” will see Rory’s homecoming to Stars Hollow, and fans will get to see her have a funny interaction with her mom, Lorelai (Lauren Graham) at the town’s gazebo.

“Gilmore Girls: A Year in the Life” premieres Friday, Nov. 25 on Netflix.