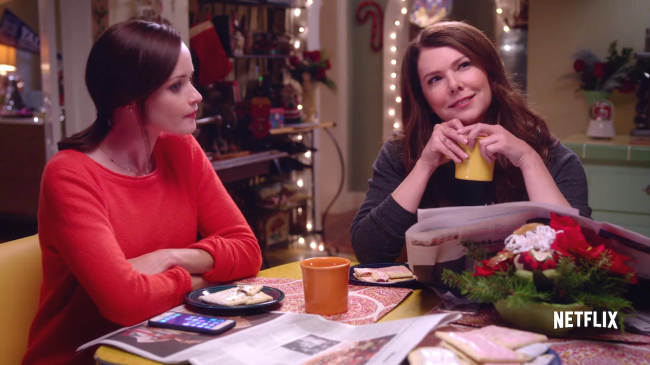 In preparation for the much-awaited release of “Gilmore Girls: A Year in the Life,” stars Alexis Bledel and Lauren Graham recently shared what their favorite episode is in the revival and what fans should look forward to.

In an interview with TV Line which serves as a countdown before the four-part, six-hour continuation of the classic series arrives, Graham revealed that her favorite among the installments titled “Winter,” “Spring,” “Summer” and “Fall” is actually the last one.

“The story for Lorelei, it’s pretty um, it’s about growth. In an unusual way, she grows in that episode and it also answered… which I’ll tell you at some point but not now. Something [executive producer] Amy [Sherman-Palladino] and I always talked about wanting to do on the show and we did it. I ride a horse guys, okay?” She humorously teased.

Bledel mirrored her answer saying that “Fall” is also her favorite. “It’s the culmination of all the things that Amy and [co-showrunner] Dan [Palladino] set up… I just think all the best scenes are in ‘Fall,'” she explained.

On a related note, despite the many familiar faces returning to reprise their iconic roles in the revival, fan-favorite character Marty (Wayne Wilcox) will not be coming back. In a separate interview, Sherman-Palladino elaborated on the reason why the person who always had a crush on Rory (Bledel) is not part of the ensemble anymore.

“We absolutely tried. [But] organically it just didn’t fit in. We love Wayne,” she stated.

Palladino added that if they were able to lengthen each of the 90-minute chapters to at least two hours each and done a much bigger story, Marty would have surely made it to the narrative. He elaborated that they broke out the six hours of story into around eight hours but they did not want to “tax the limits of people’s patience.”

“Gilmore Girls: A Year in the Life” is slated to be released on Friday, Nov. 25.