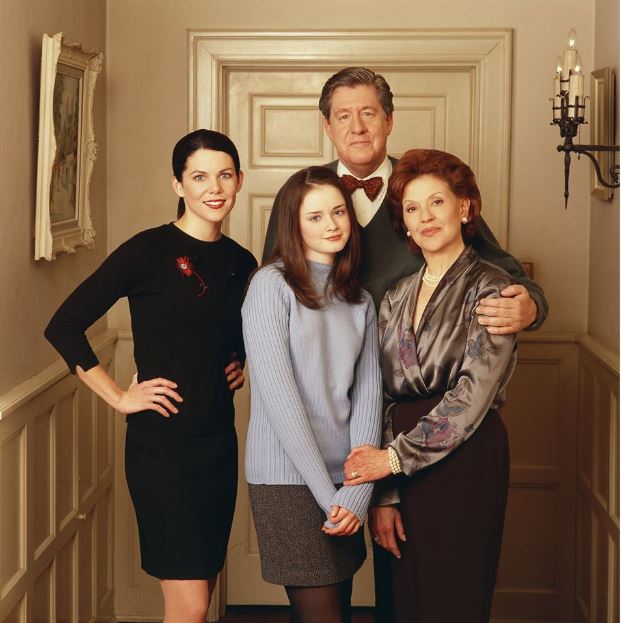 “Gilmore Girls” fans can’t wait for the revival to premiere on Netflix as the four-part special will feature the gang from Stars Hollow. But while almost all of the original characters will return for the reboot, viewers will find that the late Edward Herrmann’s absence will definitely be felt as the series picks up after his character Richard’s death.

E! Online posted a photo of the Gilmore ladies as they pay tribute to Richard. In the new photo, Emily (Kelly Bishop), Lorelai (Lauren Graham), and Rory (Alexis Bledel) are holding white flowers and standing in the middle of a cemetery.

Herrmann died in December 2014 and at the show’s Television Critics Association panel this summer, creator Amy Sherman-Palladino said that his death will play a role in the four episodes, especially with Emily.

“What does the death of a husband mean to a woman who had a life very specific to her all these years,” said the show creator. “Where does she go from here?”

Richard’s absence will certainly be evident in the revival’s first episode titled “Winter,” which sees Rory coming home to Stars Hollow for the holidays. As previously reported, the four episodes are titled after the seasons.

When asked why the reboot kicks off with “Winter,” Bledel told Entertainment Weekly that perhaps it’s because of the holidays.

“The holidays are a good time to pick up with this family story because families usually come together around that time,” the actress explained.

Since last week, the upcoming Netflix revival has been teasing fans with sneak peeks, starting with the reveal of the premiere’s script. In the first page of the script, which was released by EW, Rory returns to her home, and Lorelai seems mildly annoyed that her daughter looks so good despite a seven-hour flight. The second teaser was a first-look photo at Lorelai and Luke (Scott Patterson) which shows the couple at a movie theater.

“Gilmore Girls: A Year in the Life” premieres on Nov. 25 on Netflix.