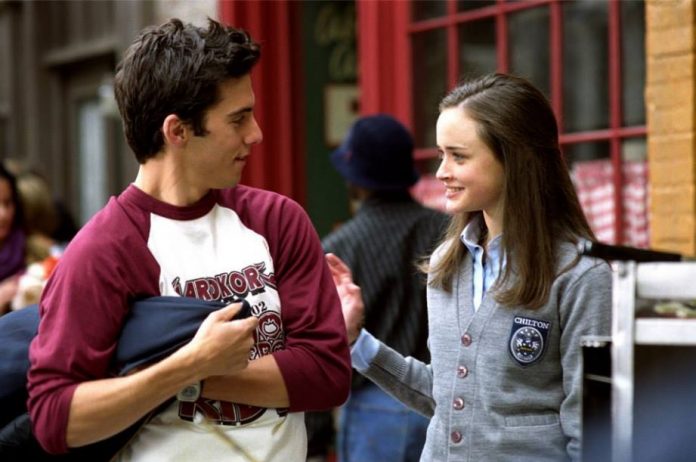 Milo Ventimiglia made a splash this month together with Mandy Moore in the new TV series “This Is Us.” The NBC drama made viewers see the actor in a brand-new light since his last major TV role was in “Heroes,” which ran from 2006 to 2010. But fans still remember the actor as bad boy Jess in “Gilmore Girls,” and with Ventimiglia returning for the Netflix revival, many are wondering whether Jess and Rory (Alexis Bledel) will finally end up together.

“Gilmore Girls” fans have always been separated into three camps as to who Rory should end up with. While some are Team Dean (Jared Padalecki), others are behind Logan (Matt Czuchry), Rory’s boyfriend who actually proposed to her in the seventh and the last season of the series. Meanwhile, there are those who believe that Rory should be with Jess, as the two appear to have a lot in common.

Ventimiglia spoke with Collider about returning to “Gilmore Girls,” and while the actor did not say whether his character will end up with Rory, the 39-year-old said that he is “happy” where Jess is now and how Jess’ current state relates to everyone else in Stars Hollow.

“I’d never really dreamed about where he would go or what he’d be up to or the shenanigans he’d be imposing on anyone else, but I was happy with where they placed him, in relation to everyone else,” said Ventimiglia. “Jess’ purpose to being in these new four episodes, I was really happy about it.”

It looks like fans will have to wait as Ventimiglia and the rest of the cast, as well as show creator Amy Sherman-Palladino, have been keeping mum as to who Rory ends up with in “Gilmore Girls: A Day in the Life.” Over the recent weeks, the show’s Instagram account has been posting pictures significant to Rory and the men in her life, starting with a picture of a black umbrella which corresponds to a happy memory with Logan. The next photo was of a book and it was a throwback to the time Rory realized that Jess loved books as much as she did. The most recent teaser photo is of a box of cornstarch sandwiched between several books, and the image recalls Rory’s first kiss with Dean.

“Gilmore Girls: A Day in the Life” premieres Nov. 25 on Netflix.