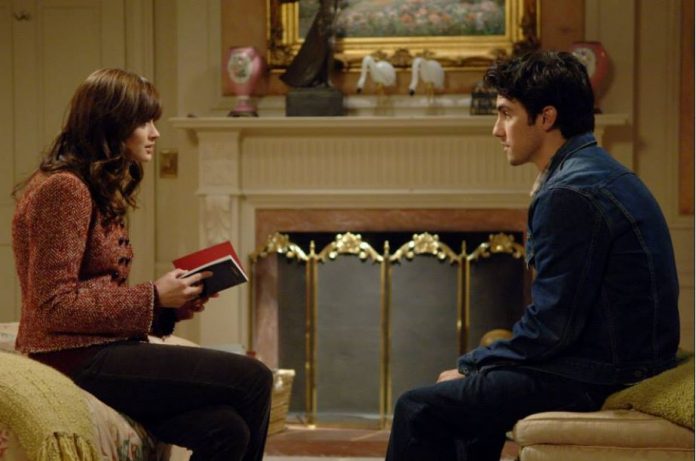 “Gilmore Girls” fans have always wondered who Rory (Alexis Bledel) would end up with after the series ended its run in 2007. Many felt that Rory should give Dean (Jared Padalecki) another try, while some thought that she should marry her college sweetheart, Logan (Matt Czuchry). Meanwhile, others have also expressed their support for Jess (Milo Ventimiglia), Rory’s brooding, troubled love interest who also happens to be Luke’s (Scott Patterson) nephew.

It is expected that Rory’s choice will be revealed in “Gilmore Girls: A Year in the Life” which is set to air later this year on Netflix. While many are still rooting for Rory to pick Jess over everyone else, Ventimiglia hinted that Jess might not feel the same way about Rory after all this time.

Speaking to the audience at a recent Heroes & Villains Fan Fest in Illinois, Ventimiglia said, “Everyone’s like, ‘I’m Team Jess!’ and I’m like, ‘Cool, that’s great! But do you really think Jess is Team Rory?'” However, it’s possible that there’s still hope for the two as the actor said that he just thought about it and that it was something that he hasn’t even considered before.

As viewers speculate about Rory’s love life, it looks like Lorelai (Lauren Graham) will also be facing a former love interest in the revival as Netflix UK’s Instagram account appeared to tease the return of Max (Scott Cohen). The post featured several mugs, three of them bearing the names of Rory’s love interests. It’s interesting that the names of Lorelai’s past and current love interests are also on some of the mugs, with “Team Max,” “Team Luke” and “Team Christopher” on display.

Many people are rooting for Luke and Lorelai to tie the knot in the revival, but it’s possible that Christopher (David Sutcliffe), who is Rory’s father, could still be in the picture. As for Max, the character was Rory’s teacher who started dating Lorelai in season 1. The two even got engaged, but their relationship ended when Lorelai broke off their engagement.

Previously, it was thought that Max won’t be in the revival as show creator Amy Sherman-Palladino told Entertainment Weekly that they were able to get almost all of the original cast members back for “A Year in the Life,” except Cohen. The show creator said that they couldn’t figure out where to fit him in the story.

“Not that we’re not still thinking about him, but we couldn’t figure out how to get Max in there,” explained Sherman-Palladino.

'Tekken 7' release date, news: no cross-platform play but so many...