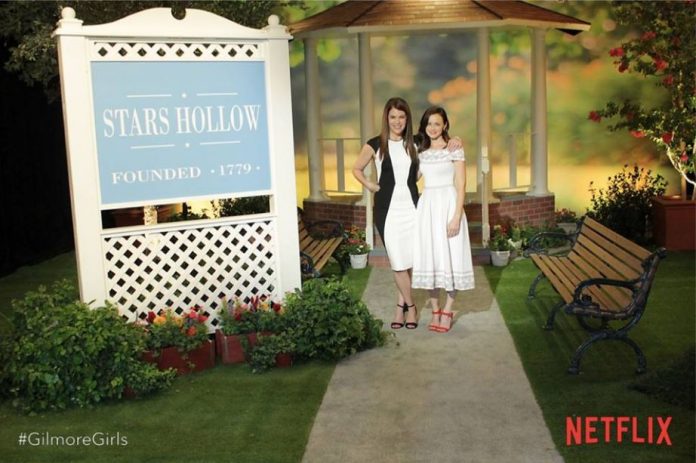 The highly anticipated reboot of the classic series “Gilmore Girls,” titled “A Year in the Life,” will feature most of the significant events during the Fall-themed episode.

According to reports, the show will have four mini-movies installments running for 90 minutes each to represent every season in a year “Winter,” “Spring,” “Summer,” and “Fall.” Series star Lauren Graham revealed that viewers should expect that a lot of things will take place when the characters experience autumn.

On an interview with TV Line, the actress who portrays Lorelei Gilmore revealed that: “Each one has a fairly big journey and are pretty distinct from each other. ‘Fall’ has the biggest events … It’s the culmination of the journey, so there are a lot of moments. And a lot of soul-searching and resolution. ‘Fall’ is very emotional.'”

She added that the pseudo-ending of the franchise will also feature the much-awaited final four words that she believes will surprise the fans. However, it remains to be seen what they are exactly.

Meanwhile, series creator Amy Sherman-Palladino shared that she has spent considerable time planning and designing the opening shot of the premiere which lands on ‘Winter,” “It will be the first time we’ve seen Stars Hollow in a while, so I needed things to look a very specific way,” she simply teased.

The showrunner also revealed to Entertainment Weekly the first page of the script which features a reunion between Lorelei and Rory (Alexis Bledel. The hilarious exchange between the two takes place when the latter arrives from her seven-hour flight, and the former cannot believe how fresh she looks even after all the traveling.

“You should look drawn and blotchy. You should be singing ‘I Dreamed a Dream’ with a bad haircut while selling yourself to French dockworkers. Instead, you look perfect. Admit it, you’ve been Goop’d,” Lorelei told her, referring to Gwyneth Paltrow’s lifestyle blog.

“Gilmore Girls: A Year in the Life” is slated to premiere on Nov. 25 on Netflix.