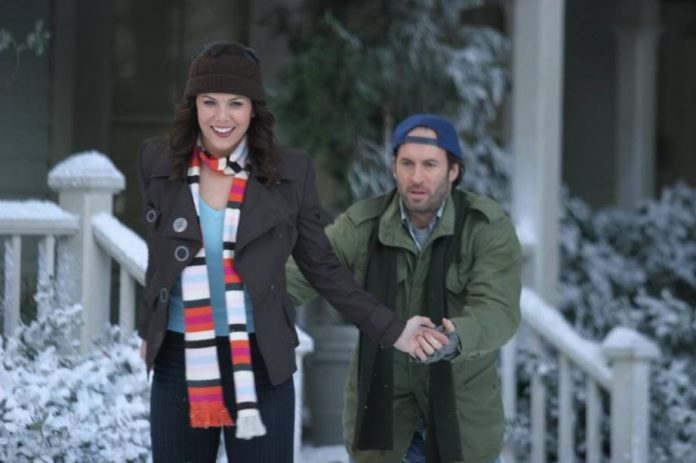 “Gilmore Girls” fans are eagerly waiting for any revival spoilers since there is still a three-month wait before the series premieres on Netflix. Last week, the first teaser trailer was released and the clip shows that Rory (Alexis Bledel) and Lorelai (Lauren Graham) are still the same girls that viewers know and love. Now, series star Scott Patterson, who plays Lorelai’s love interest, Luke, talked about what fans can expect in “Gilmore Girls: A Year in the Life.”

Speaking with Us Weekly, Patterson said that the best Luke and Lorelai scene will be in the upcoming revival.

In the original “Gilmore Girls” series, the two had a history of fighting and making up, and in the last season which aired in 2007, the pair got back together in the finale. Now, it remains to be seen whether the two have taken a step forward in their relationship, and it has been speculated that Luke and Lorelai might have gotten married.

A new rumor claims that Lorelai could be expecting Luke’s baby in “A Year in the Life.” The theory was brought about when the “Gilmore Girls” official Instagram account posted a picture of what seems to be Lorelai’s and Rory’s snack. The photo, which was uploaded on Wednesday, Aug. 3, features a cup of coffee, a plate of Pop-Tarts, and a single apple on top of a few newspapers.

“Pop-Tart appetizers to hold us over ’til the pizza comes,” the caption read. “And one apple.”

Fans immediately speculated that Lorelai must be pregnant because of the presence of the fruit on the table. Back in season 5 of the original series, Lorelai thought that she might have been pregnant because she was craving fruit. She revealed that the only time she liked apples was when she was pregnant with Rory. However, the pregnancy turned out to be a false alarm.

When asked by Us Weekly whether the couple is having a child, Patterson said that he couldn’t say.

“[If they did co-parent I] think it would be exactly as we are without a child,” said the actor.

“Gilmore Girls: A Year in the Life” premieres on Nov. 25 on Netflix.

'Pretty Little Liars' season 6b spoilers: Is Ezra the one who...