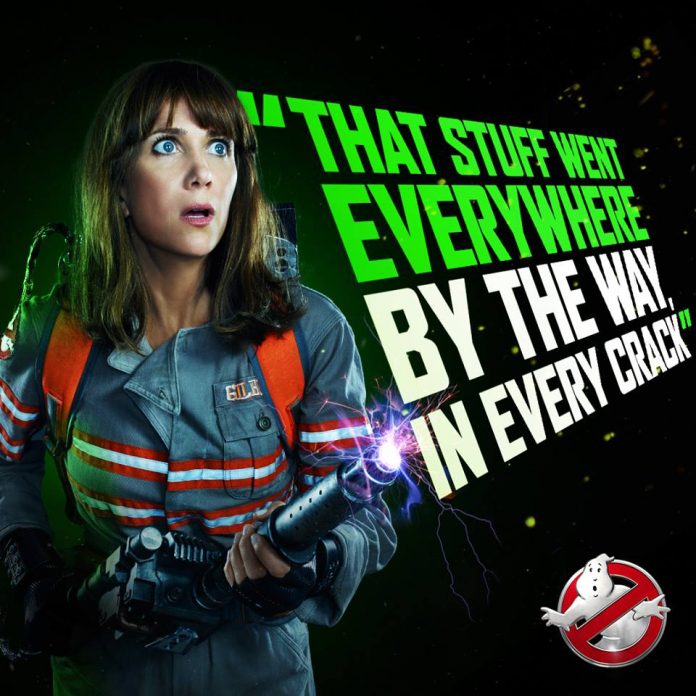 In preparation for the upcoming release of the highly anticipated reboot of “Ghostbusuters,” the all-female members of the cast unveiled one of the first scenes of the film.

According to International Business Times, the four female leads appeared at the recent CinemaCon in Las Vegas for the panel of Sony Pictures Entertainment. The scene they showcased featured how the modern version ghost-busting gang was formed.

The group composed of Abby (Melissa McCarthy), Jillian (Kate McKinnon) and Erin (Kristen Wiig) was given their first mission before Patty (Leslie Jones) officially joins them. The trio has to visit a museum where the man who hires them warns, “You’re gonna die in there.” When they entered the haunted location, Abby used her Psychokinetic Energy Meter to check out the surrounding for any supernatural occurences.

Believing that the ghost could be friendly, Erin volunteers to speak to the dead bride which suddently materializes in front of them. As they cconverse, the ghost vomits ectoplasm before disappearing. Instead of being devastated with the incident, Erin celebrated the encounter shouting, “Ghosts are real!”

Moreover, the stars also teased details about their characters. McCarthy shared that Abby’s love of ghosts stems from her upbringing in farms, “I was certainly talking to someone in those barns.” While McKinnon was asked if she is anyway similar to Jillian being a nuclear engineer, “I was obviously the most popular girl in my school as well,” she replied.

Meanwhile, actor Chris Hemsworth who plays receptionist Kevin shared that he kept on cracking-up during the productions because of his funny co-stars, “There’s some nice role reversal there and I’m such a fan of those women. During shooting I spent more time cracking up and trying to keep a straight face, and there’ll be more outtakes from that than anything else I’ve ever made,” he said.

“This is highly improvised work they just kept the camera rolling for hours,” he added.

“Ghostbusters” is slated to hit the big screens on July 15.