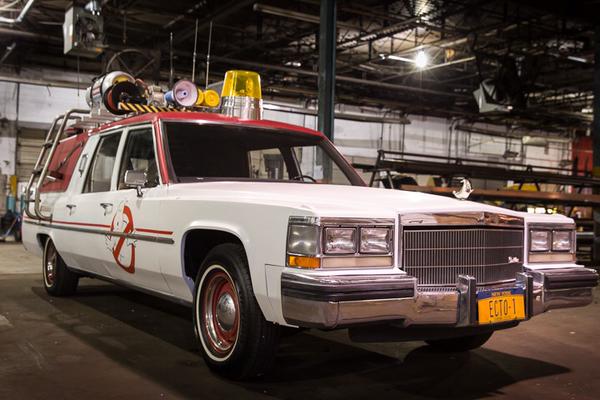 Original Ghostbuster Dan Aykroyd has accidentally revealed on his Twitter account that he will be appearing in the all-female reboot.

According to a report from the AV Club, the actor has since removed the post from his social media account because his appearance was supposed to be a surprise for fans, but not before entertainment outfits picked up on the slip.

A report from IndieRevolver indicated that Aykroyd will portray a driver who denies Kristen Wiig’s character a ride. He will reportedly drop the line: “I ain’t afraid of no ghosts!” a catchphrase of Ghostbuster Ray Parker Jr., from the theme song of the franchise.

Aykroyd played Ray Stanz in the original movie and was one of the most staunch advocates of the reboot.

Aykroyd is credited as co-writer for the script for reboot, and also serves as executive producer. He also worked on the script of the original 1984 movie with co-star Harold Ramis who played Dr. Egon Spencer and comedian Rick Moranis, who also had a role in the movie .

The original Ghostbusters was rounded out by Bill Murray who played Dr. Peter Venkman.

“Oh man, it’s hot. I read the script and those girls are gonna kill it. It’s gonna introduce a whole new generation of females. We need women Ghostbusters, so you’ll have a bunch of kids there who’ve never seen it before and they’re gonna see it and go back and watch the other two, and so that’s a great way to keep it alive,” he told Extra.