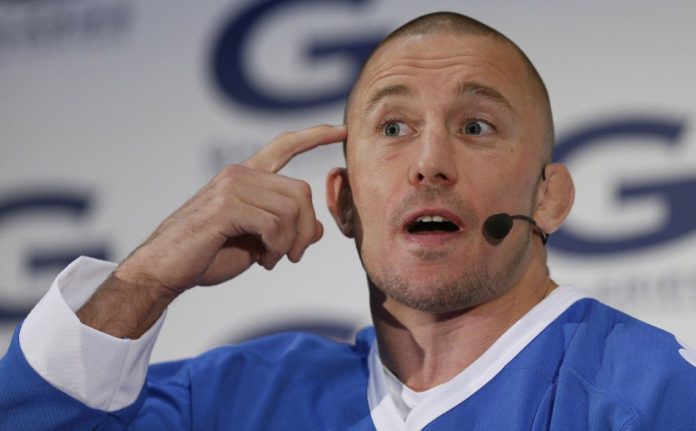 Canadian mixed martial arts great Georges St-Pierre was supposed to have called it a career back in 2013; although during that time, he never made his retirement official. Instead, he called it a hiatus and a break from the MMA. And after a failed comeback bid less than a year a later due to a torn ACL, the 35-year-old has made headlines once again after he recently revealed that he’s no longer under contract with main MMA outfit, Ultimate Fighting Championship (UFC).

Earlier this week, St-Pierre talked to Ariel Helwani on The MMA Hour, claiming that he was no longer with the UFC. First reported by MMA Fighting, the three-time former welterweight champion had some intriguing reasons to go along with the revelation.

“You heard it right, I’m a free agent,” the MMA legend said.

MMA Fighting added that St-Pierre’s lawyer, James Quinn, facilitated the termination of the contract based on the ground that the promotional outfit failed to meet the deadline to offer a fight for him. The man they call GSP was still under a contract he signed five years ago and was talking with the UFC to come up with a fresh deal. However, progress was reportedly halted when the promotion was sold to the WME-IMG group several months back. According to St-Pierre, it was the new ownership that killed the negotiations.

With this latest development, St-Pierre is under the impression that he’s a free agent and that he can now talk with other promotions in the MMA for a new contract, although the UFC will definitely have something to say to probably contradict what St-Pierre and his lawyer have just announced.

For the fans of the sport, the contract fiasco is seemingly irrelevant right now since all they want is to see St-Pierre fight once again after three years of inactivity.

'Once Upon a Time' season 5 episode 6 spoilers: Sneak peek...