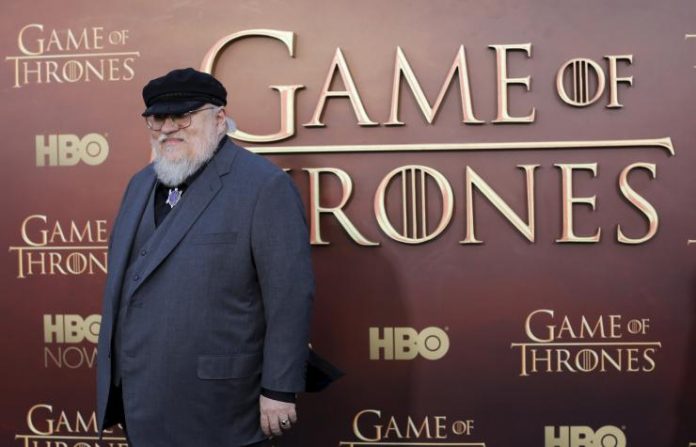 To appease fans who have been waiting long for his next novel, George R.R. Martin has recently revealed that “Winds of Winter” will be featuring a “twist” that will not be featured in the upcoming season of “Game of Thrones.” In an interview with IGN, the author said that he has decided to “move forward” with the twist which will involve a character that has already been killed off in the show.

As a Tech Times report cited, the storyline of Martin’s novel series, which was the basis for the “Game of Thrones,” has long diverged from the storyline of the popular TV series. Martin said that the upcoming novel will have a twist involving a character who is no longer living in the TV show’s storyline. According to the report, he has long been thinking about it and has finally decided to implement it.

Martin said, “Will you know it? I don’t know. It is fairly obvious because it is something that involves a couple of characters, one of which is dead on the show, and not dead in the books. So, the show can’t do it, unfortunately, because they have killed someone I have not killed.”

The author, however, did not reveal which character he was referring to and he also added that it would be hard to guess since there are around 15 characters who’ve died on the TV show but are still very much alive in the novels. The Tech Times report speculated that it may be Stannis Baratheon, who is a major character and though he is no longer on the show, he is alive and well in the books.

Martin also apologized to his fans during the interview that he was not able to finish the book before the start of the “Game of Thrones” season 6. Given this, the show will likely be spoiling some events in the novel, but given that the stories of the books and the show have been continuously diverging, some spoilers may not be spoilers at all.

'Legends of Tomorrow' season 2 plot news, spoilers: Next episode to...