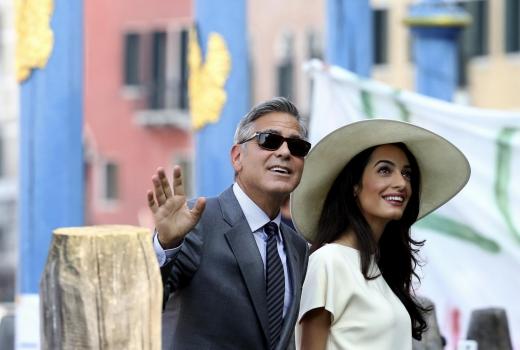 On Thursday’s episode of “The Ellen DeGeneres Show,” multi-awarded actor George Timothy Clooney recalled how he proposed to his wife.

Clooney shared that it took about 25 minutes for his then-girlfriend, British-Lebanese human rights lawyer Amal Alamuddin, to realize he was asking her hand in marriage.

Clooney revealed they were six months into the relationship when he thought about popping the question.

He recalled, “I plotted the whole thing out. Had the ring hidden behind her, I had music playing, my Aunt Rosemary’s gonna sing, ‘Why Shouldn’t I’ everything was planned out, I’ve cooked dinner.”

But things did not go as well as planned because Alamuddin, who just came back from London, suggested they order in some food. He told her he’s cooked dinner and when the music was starting, she got up to wash the dishes, which, Clooney jokingly revealed, “she’s never done.”

When the dishes were done, Clooney told her, “I blew out the candle. I think the lighter is in the box behind you.”

He narrated that she got the box, pulled out the ring and said, “It’s a ring,” in a way that, Clooney described, felt “like somebody had left it there at some other time.”

He said he continued to do all the moves he could do with his face and finally got down on his knee and said, “I couldn’t imagine spending the rest of my life without you.”

Alamuddin, meanwhile, kept on looking at him and the ring.

Clooney continued, “Look, I hope the answer is yes, but I need an answer … I’m 52 and I could throw out my hip pretty soon.”

He revealed they hit it off the minute they met and that they felt they would be together that same moment. The couple married on Sept. 27, 2014 by the actor’s friend and former mayor of Rome, Walter Veltroni. The couple doesn’t have a child yet.