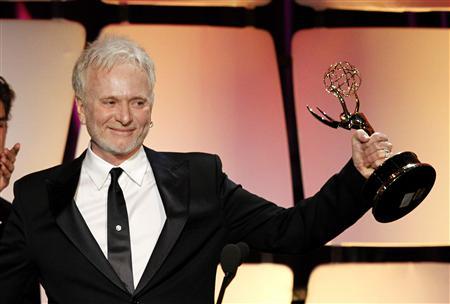 July promises to be a big month for General Hospital after one of its lead stars, eight-time Emmy Award winning actor Anthony Geary films his final scene after playing Luke for 37 years.

His farewell will see the return of his television family, his ex-wife Laura, played by Genie Francis, his sons Lucky, played by Nashville star Jonathan Jackson and Ethan, played by The Originals’ Nathan Parsons to close out his storyline.

There is much excitement about the reunion of Luke and Laura, whose television wedding in 1981 was viewed by 30 million viewers, reported IBtimes.

Meanwhile, rumors are circulating that Liz Webber’s son by Jason Morgan while she was still married to Lucky may still be alive. Jake was believed to have died when he was just four years old after a drunk driving incident involving Luke.

While there are many loopholes in the rumor, talks are that Lucky’s brief comeback will see him returning the boy to Liz before he leaves town again.

The rumor is sparked by spoiler footage of Lucky showing up at Liz’s door.

Meanwhile, another rumor suggested that Jake will find his grave in the Port Charles cemetery which will trigger his memories to come back. It was not mentioned what age this version of Jake would be but based on the show’s last recollection of the child, he was already braindead with one of his kidneys donated to save Josslyn Jacks.

'Peaky Blinders' season 3 release in May; Natasha O'Keeffe teases it...