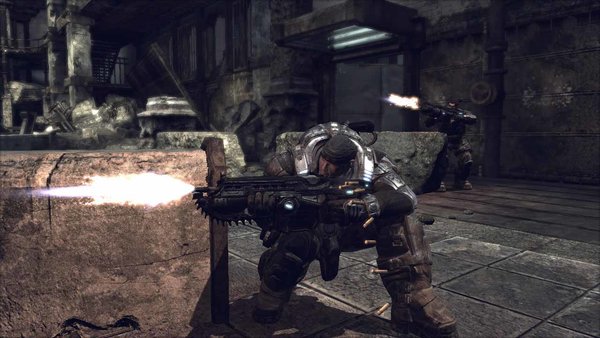 “Gears of War” developer The Coalition released the fifth update for the PC version of “Gears of War: Ultimate Edition,” addressing some of the game’s past issues and bringing it up to speed with some updates to the PC platform.

According to the developers, Title Update 5 is primarily meant to provide support to the additional features and new mechanics brought about by one of Microsoft’s recent updates.

On the video game’s side, the new “Gears of War: Ultimate Edition” patch added the new video option to turn v-sync on or off which requires the Windows 10 update.

More video options for the game now allows players to select their preferred frame rate, meaning those with lower end rigs may now lower the amount of frames per second their game renders if they experience any graphical issues. On the other hand, those with high end machines can take further advantage of their rig’s power with smoother frames by setting the limit to “unlimited.”

According to the post, the frame rate limit selector is “best used with v-sync off.” This is because toggling v-sync on will “force the game onto a refresh interval,” which might breed issues since the game will have to render after every refresh.

Other graphical updates include a new anisotropic filter setting and the option to display a frames per second (FPS) counter, meaning players can save memory usage if they do not want to run another program to monitor their game’s frame rate.

Title Update 5 also brought along some bug fixes such as for the bug with post processing that allows the function to suddenly be disabled and one problem stemming from particle swarm optimization (PSO) being created instantly instead of being read from a cache.

“Gears of War: Ultimate Edition” is The Coalition’s remake of the 2006 original “Gears of War” game. The next game in the franchise, “Gears of War 4,” releases October 11 worldwide for the Xbox One.

Zopo Speed 8 the first smartphone with a deca-core processor