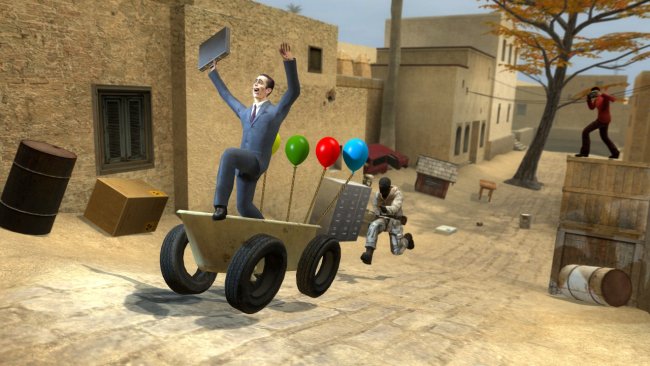 A popular game that began as a version of Valve’s ‘Half-Life 2’ is finally getting a sequel, more than 10 years after it was first released.

According to Game Reactor, the sandbox physics game known as “Garry’s Mod” will finally be getting a sequel from Valve.

The game was first released as a free download in 2004, and is currently available for only $10.

The development of a sequel was confirmed by none other than Garry Newman himself, who heads the game design team Facepunch Studios, in an interview with PCGamesN.

When questioned if they were going to raise the $10 price tag attached to the first game, Newman told PCGamesN blatantly that it would be “stupid” to increase the price for Garry’s Mod on Steam. He then added that he and Facepunch were in the early stages of developing a Garry’s Mod sequel.

“We wouldn’t raise the price now, I mean we’re kind of working on a sequel, so it’d be stupid to the raise the price, really. It’s early days,” Newman revealed.

According to Newman, virtual reality will make a big part of the game’s mechanics.

“We’re looking at having more VR stuff in itthat’s the big point of it,” Game Reactor quoted him as saying.

The Christian Post noted that adding virtual reality support will take the game’s sandbox concept to a whole new level, as VR technology will now allow players to manipulate the world inside the game.

As to what the sequel will be titled, Newman added that calling the game “Garry’s Mod 2” is out of the question.

Newman also shared his thoughts on why the game lasted a decade, saying that he believed that the low price sustained the popularity of “Garry’s Mod.”