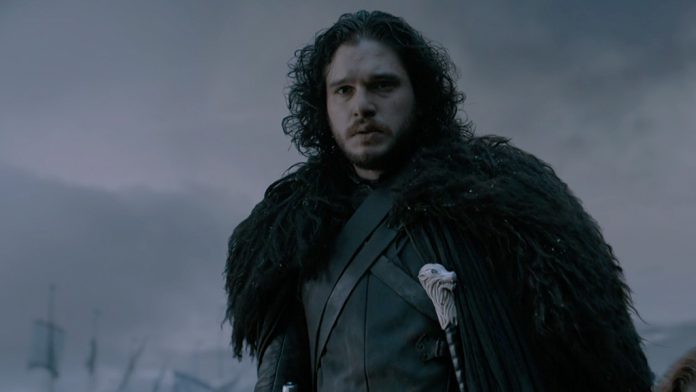 Kit Harrington’s recent appearance at Wimbledon has been taken by fans as a clue that he may indeed return for season six of HBO’s hit series, “Games of Thrones.”

Spectators took Harington’s long hair as a sign that his character Jon Snow may not truly be dead. Many believe that the actor’s hair is a foreteller of Snow’s fate especially since he used to complain that he was not allowed to cut it while they were filming. Time reports that when he chopped it off last winter, Harrington may have spoiled what book readers know all along but came as a shock for show watchers.

Despite Harington’s insistence that Snow is dead after the mutiny and showrunner Dan Weiss statement that “Dead is dead,” fans are hoping that author George R.R. Martin has other plans for him as he continues to write the sixth book in the saga.

When asked in an interview in 2011, Martin teased, “Oh, you think he’s dead, do you? My readers should know better than to take anything as gospel.”

Meanwhile, amid all theories and speculations, some people seem to be getting tired of waiting on what’s comes next for Snow as they put up a petition in Change.org saying that Harington should cut off his hair if he believes what Weiss said.

The petition reads, “As a dedicated Game of Thrones fan, myself, alongside many others, are sick and tired of being toyed around by your beautifully, luscious locks. This whole full-head of lush, to a massacred forest, to a hairurrection thing is tearing us apart. If “Dead is Dead” as GoT show creators suggest, cut those locks down-a-size so we can finally begin to move on with our lives.”

Moreover, Harington appears in his latest film, “7 Days in Hell,” an HBO mockumentary about tennis players wherein he portrays a dimwitted young British prodigy and stars alongside Andy Samberg. The movie is available now on HBO Go for streaming and is slated to air on HBO on July 11.

ABOUT US
VineReport provides the top and most engaging news stories from around the globe, from world and politics to entertainment and sport. We seek to bring the freshest news each day from the spectrum of stories that matter the most to you.
Contact us: info[email protected]
FOLLOW US
© 2017 Vine Report. All Rights Reserved.
MORE STORIES