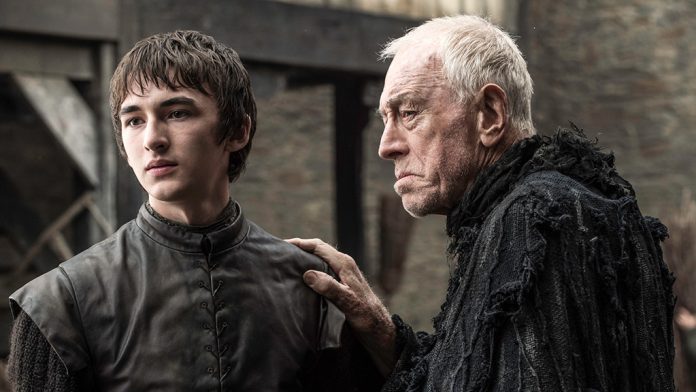 HBO’s “Game of Thrones” season 6 will introduce another Red Priestess like Melisandre (Carice Van Houten) in the upcoming episode 5 titled “The Door.”

After the installment showing the reunion of Sansa Stark (Sophie Turner) and brother Jon Snow (Kit Harrington) and the triumph of Daenerys Targaryen (Emilia Clarke) over the Dothraki’s Khals, the narrative will feature the arrival of Kinvara (Ania Bukstein) who is described to be a Red Woman in Meeren.

In a sneak peek, the Lord of the Light priestess who is dressed in a similar outfit complete with what could be the same magical necklace talks to Tyrion Lannister (Peter Dinklage) and Varys (Conleth Hill) in the throne room. “Knowledge has made you powerful. But there’s still so much you don’t know,” she says to them.

The clip also shows Sansa being reunited with Littlefinger (Aidan Gillen), “Do you know about Ramsay?” she pointedly asks him. Meanwhile, Jaqen H’ghar (Tom Wlaschiha) continues to train Arya Stark (Maisie Willaims) to be no one and a girl with no name in the Hall of Faces, “The death only come for the wicked. Leave the decent behind.”

Back in the Iron Islands, the people of the Ironborn gather following the death of Lord Balon Greyjoy (Patrick Malahide). When asked who makes the rightful claim for the leadership, his daughter Yara Greyjoy (Gemma Whelan) announces, “I claim the throne.” Elsewhere, Bran Stark (Isaac Hempstead-Wright) finds himself in the middle of the white walkers and face-to-face with the Night’s King as he completes his training with the Three-Eyed Raven (Max von Sydow).

“Game of Thrones” season 6, episode 5 is slated to air on Sunday, May 22 at 9 P.M. EST. The full synopsis reads, “Tyrion seeks a strange ally. Bran learns a great deal. Brienne goes on a mission. Arya is given a chance to prove herself.