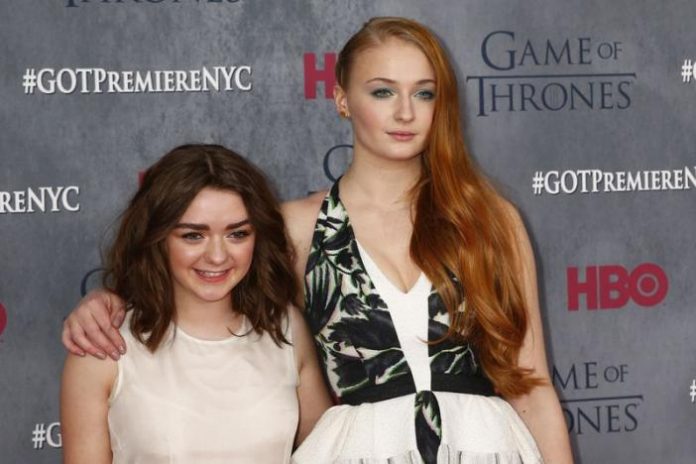 It appears the cast of “Game of Thrones” just can’t stop themselves from gleefully teasing their fans.

Sophie Turner, the actress who plays Sansa Stark, spoke with Variety at the Emmys last Sunday and she talked about how sad it was that the series would be ending soon. The things she said during the interview were innocent enough until she decided to add a message that would surely raise some eyebrows. “We’ve got one more season…well, not all of us.” Sounds ominous, doesn’t it?

Well, no one who follows the show is going to be surprised by the news since characters get killed off regularly in every season of “Game of Thrones.” But who will the Stranger take from the land of the living this time? Will it be one of the main characters? Is it one of the fan favorites like Tyrion Lannister (Peter Dinklage) or Arya Stark (Maisie Williams)? Or is it Sansa?

While the cast teases their fans, they remained tight-lipped when asked for more details. When TV Line asked Emilia Clarke about the upcoming season, the actress said there was going to be an epic battle; however, she refused to say more despite having already read all of the scripts for the upcoming season.

Most fans believe the battle Clarke mentioned is a naval encounter between her character, Daenerys Targaryen, and the combined forces of Cersei Lannister (Lena Headey) and Euron Greyjoy (Pilou Asbk).

Meanwhile, sources say Sandor “The Hound” Clegane (Rory McCann) will probably join Beric Dondarrion (Richard Dormer), Thoros of Myr (Paul Kaye), and the Brotherhood Without Banners in the upcoming season. Iain Glen, the actor who portrays Ser Jorah Mormont, was also spotted on set. Will he find a cure for his greyscale?

'Vikings' season 4 premiere spoilers: Bjorn and Floki head to the...