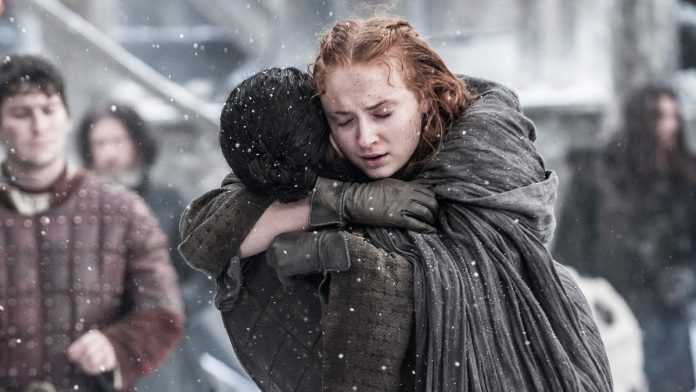 Ever since it was revealed that Jon Snow’s (Kit Harington) real parents were Lyanna Stark (Aisling Franciosi) and Rhaegar Targaryen, fans have been clamoring for a union between Jon and his aunt, Daenerys Targaryen (Emilia Clarke). While some fans think the possibility of that union is disturbing, many will cringe when they read about this theory.

In a video blog on YouTube, theorist Alt Shift X stated that viewers might see a Jon and Sansa (Sophie Turner) wedding in the future. His theory is actually based on the fact that the family names of Sansa’s suitors in the books seem to match the family names of the last five champions who defended Lady Ashford’s honor during the tourney at Ashford Meadow.

Based on this theory, Sansa’s next and final suitor will be a Targaryen. Now, who is the only male Targaryen alive? Jon, of course. This theory isn’t exactly new, and others have already thought of it years ago. But it is an interesting theory nonetheless.

Meanwhile, it looks like one of Ramsay Bolton’s (Iwan Rheon) minions is still lurking somewhere in Winterfell. Apparently, Richard Rycroft will be returning to portray Maester Wolkan in “Game of Thrones” season 7. While HBO has yet to confirm his return, photographs of Rycroft in full costume while on set recently appeared online.

Sure, Maester Wolkan was a minor character that most viewers don’t even remember him, however, it should be noted that the cowardly maester was willing to cover Ramsay’s tracks and lie about the truth behind Roose Bolton’s (Michael McElhatton) death to save his own skin. What trouble will he cause in the upcoming season?