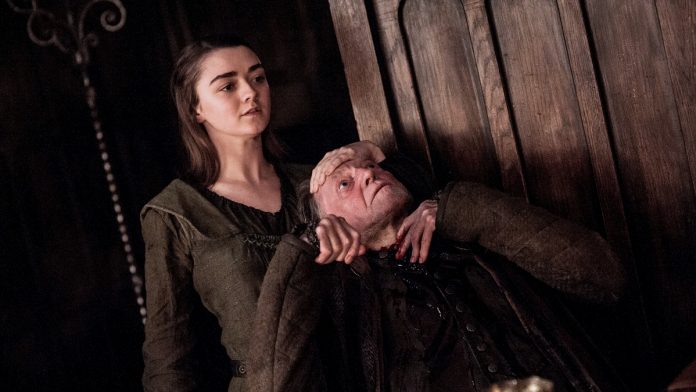 Co-creators David Benioff and D.B. Weiss recently admitted that season 7 of HBO’s widely popular series “Game of Thrones” will delay its production, which could result to its premiere being scheduled later than March or April.

During their appearance in the Ultimate Fighting Championship (UFC) Unfiltered podcast, the showrunners explained that they are waiting for gloomy weather in order to capture Sansa Stark’s (Sophie Turner) remark during the season 6 finale “Winter is here.”

“We don’t have an air date yet, but this year will probably be a bit later. We’re starting a bit later because at the end of this season, ‘Winter is here’ and that means that sunny weather doesn’t really serve our purposes anymore. So we kind of pushed everything down the line, so we could get some grim, gray weather even in the sunnier places that we shoot,” the duo elaborated.

As fans wait for more information about the touted second to the last season before the franchise wraps up, they may tune in to the upcoming San Diego Comic-Con to be attended by some of the cast and crew.

According to the event’s official website, some of the participants include Turner, John Bradley as Samwell Tarly, Liam Cunningham as Davos Seaworth , Nathalie Emmanuel as Missandei, Conleth Hill as Varys, Faye Marsay as The Waif, Hanna Murray as Gilly, Kristian Nairn as Hodor, Iwan Rheon as Ramsay Bolton, and Isaac Hempstead Wright as Bran Stark.

The stars will have a question and answer panel to be moderated by Rob McElhenney in Hall H of the San Diego Convention Center on Friday, July 22 at 2:15 p.m. PT.

Meanwhile, Maisie Williams revealed that when it comes to her role as Arya Stark, she wants her to become a lone ranger instead of being reunited with her remaining family members Sansa and Jon Snow (Kit Harington).

The 19-year-old actress mused that Arya is better off on her own and be like The Hound (Rory McCann). She also believes that she is not the same little girl when her siblings last saw her back in season 2, “I don’t think that they’re the same people anymore or that she’s the same person anymore.”