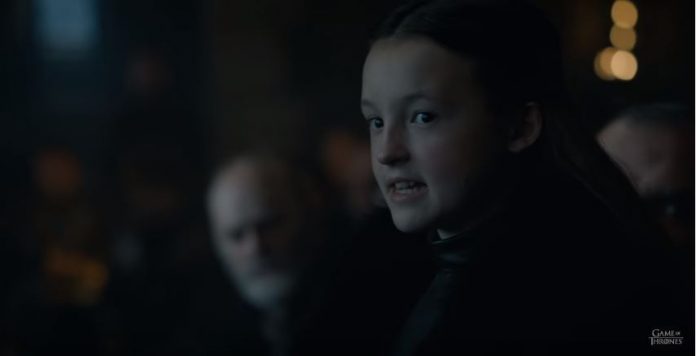 The sixth season of “Game of Thrones” featured a lot of breathtaking scenes, surprising revelations, and the deaths of beloved and reviled characters. It was the season where Jon Snow (Kit Harington) was brought back to life and was declared the King of the North, and the season which saw Cersei (Lena Headey) finally getting her revenge against all those who wronged her. It was also the installment that introduced a new character who became the season’s breakout star Lyanna Mormont (Bella Ramsey).

Lyanna, the 10-year-old leader of the Mormont clan, encouraged the other Northern lords to support Jon despite his questionable parentage. After giving a rousing speech wherein she declared that Jon is her king until the day he dies, the other lords followed suit, and Jon who was later revealed to be the son of Rhaegar Targaryen and Lyanna Stark was named the King of the North.

This new development puts Jon in the running to sit on the Iron Throne, but will Lyanna continue to support him when the day of reckoning comes? According to Zap2It, Lyanna might not be the ally most expect.

The website speculates that the Iron Throne has never been a concern of the Lady of Bear Island, and if Jon decides to go after it, she might discourage him from doing so. It was said that while Lyanna might have wanted to restore Winterfell to the Starks, she may not be sure if she is willing to sacrifice a war for a throne that she claims to have disowned.

If she does support Jon’s bid, there is a chance that the Mormont clan will be divided as her first cousin, Jorah Mormont (Iain Glen), is faithful to Daenerys Targaryen (Emilia Clarke). In the season finale, Daenerys along with hundreds of ships full of the Dothraki, the Meereeneese, and the forces of the Iron Island, among others set sail for Westeros as she is about to fight for the Iron Throne. Jorah, who was suffering from the greyscale, was ordered by Dani to find a cure and heal himself. It’s possible that the new season will see Jorah returning to Bear Island, and upon arriving there, he discovers where Lyanna’s loyalties lie in terms of the leadership of the whole kingdom.

Beauty And The Beast Season 3 Spoilers: Will Cat's involvement with...