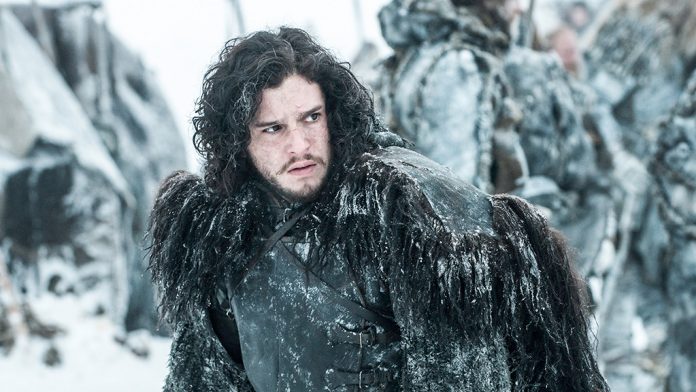 While everyone is anticipating the seventh season of the highly-acclaimed HBO series “Game of Thrones,” cast member Kit Harington is spilling some beans, not about the series, unfortunately, but about his personal life.

In an Elle interview, 30-year-old Harington appeared quite the opposite from his notorious character Jon Snow.

The British actor confirmed that his descendants invented the first flushing toilet during the reign of Queen Elizabeth I, which is commonly known as “the john.”

A son of a former playwright and a businessman in London, England, Harington had a normal childhood. He’s an avid fan of “Sesame Street.” However, he confessed that he was “too young” when he lost his virginity. “You’re young and decide to get the monkey off your back,” he said.

Based on George R. R. Martin’s series of fantasy novels, one of the series filming locations is an isolated area in Iceland. The “Pompei” actor detailed that the crew and cast were staying in one hotel without a nearby bar or restaurant. So, “everyone comes out of their shell” and talked. They brought instruments and board games, too. He’s not exactly a musician, but he plays percussion and enjoys the board game Risk, which, according to him, is basically “Game of Thrones” as a board game since it also involves conquering nations.

According to Harington, part of being in the acting business is getting attention, especially to the opposite sex. However, when he graduated from the Central School of Speech and Drama, he became more serious about being an actor. Since 2012, he has been dating Rose Leslie, his co-star who played Ygritte in the series.

Lord Stark’s bastard has become the Lord Commander of the Night’s Watch. He’s stiff and at the same time, noble. But, the actor behind the role is more like a “crybaby.”

“I always cry on a plane,” the British actor admitted. “There’s something romantic about being on a plane going somewhere, being at that altitude,” he explained.