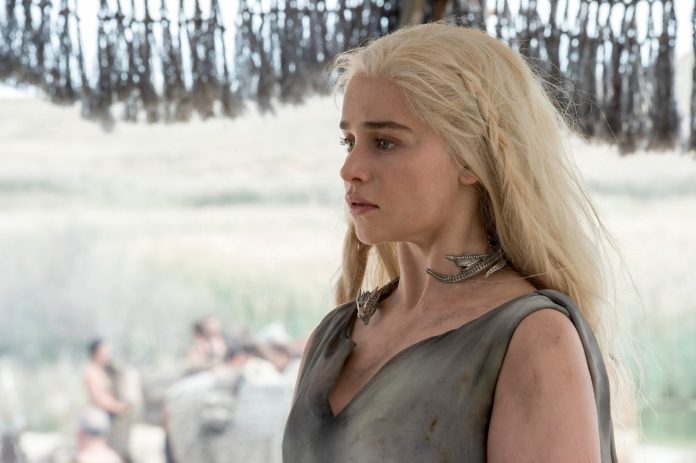 Titled “Book of the Stranger,” synopsis for episode 4 teases that Jorah Mormont (Iain Glen) and Daario (Michiel Huisman) will be undertaking a difficult task on their way to finding out the whereabouts of the Mother of Dragons.

Meanwhile, Tyrion (Peter Dinklage) will strike a deal with someone, while his siblings Jaime (Nikolaj Coster-Waldau) and Cersei (Lena Headey) will try to improve their situation back in King’s Landing.

In the promotional photos released by the network, the new episode also marks the return of the dubious Petyr Baelish also known as Littlefinger (Aiden Gillen) who has been absent since the premiere. Meanwhile, Theon Greyjoy (Alfie Allen) will reunite with his sister Yara Greyjoy (Gemma Whelan) following their father’s death.

Talking to Entertainment Weekly, Gillen revealed that his character feels remorseful in matching Sansa Stark (Sophie Turner) with the sadistic Ramsay Snow (Iwan Rheon). “For me, this time out, there’s a level of atonement in relation to Sansa and my misjudgment of Ramsay Bolton. A lot of what I’m up to is atonement and really trying to align myself the right people though, I guess, I’m always doing that!” he stated.

“I left Sansa married to a psychopath. It’s probably the one time we’ve seen Littlefinger slip up. He really didn’t know about him. He should have,” he added.

When pointed out that Littlefinger seems like he is trying to legitimately help somebody else, “I’d like to think that’s what was happening. Ultimately, it always seems to be about him. He’s good at fooling people. If he had to, he’d fool himself too. I’d love to think his actions were not purely self serving,” he further mused.