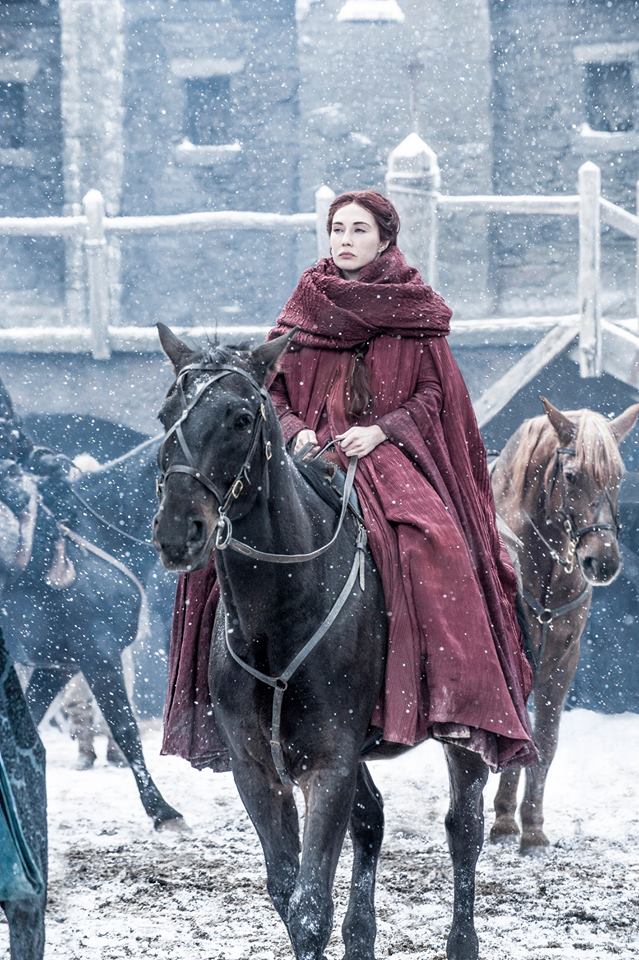 HBO has recently premiered the highly anticipated season 6 of the widely popular series “Game of Thrones,” shocking some fans with the reveal of Melissandre’s true form by the end of the episode. Actress Carice Van Houtem teased what is in store for her character.

The actress told Entertainment Weekly her reaction about the twist in “The Red Woman,” “I was really happy when I read that we were going to reveal that this year. I don’t think a lot of people will see that coming. It makes her immediately more vulnerable, but also more wise and even more mysterious. There’s also a vulnerability in her age.”

When she saw Jon Snow (Kit Harington) lying dead on the table, she was confused as she saw him fighting on the Wall. Van Houten hinted that the priestess will be taking a different direction in the new installment, “It’s changing and I really like it. We see her from a really different side of her now. We see somebody whose whole belief system is tumbling down. She’s completely confused, and I really like to play that. After all the security and strength and pride, now we see something completely different. I’ve been really waiting for this moment.”

In the installment dubbed “Home,” Bran will be featured training with the Three-Eyed Raven (Max von Sydow). In King’s Landing, Jaime (Nikolaj Coster-Waldau) advises Tommen (Dean-Charles Chapman). When it comes to Mereen, Tyrion (Peter Dinklage) demands to hear some good news but decided that he has to make his own.

Up in the north, the Night’s Watch stands behind Thorne (Owen Teale) and his act of rebellion when he killed Jon Snow. In Winterfell, Ramsay Bolton (Iwan Rheon) proposes a plan and Balon Greyjoy (Patrick Malahide) entertains other proposals.

Moreover, in the episode titled “Oathbreaker,” the synopsis seems to be more cryptic as it reveals Daenerys (Emilia Clarke) meeting her future and Bran encountering the past. On the other hand, Tommen confronts the High Sparrow (Jonathan Pryce) and Arya (Maisie Williams) trains to be No One. Varys (Conleth Hill) finds an answer he is looking for and Ramsay gets a gift.