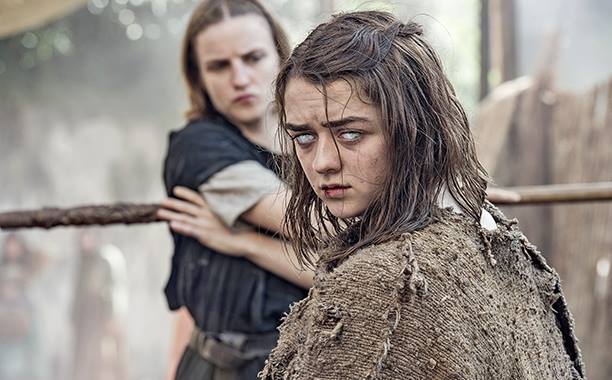 Arya Stark (Maisie Williams) will be in deep trouble as season 6 of HBO’s widely popular series “Game of Thrones” continues.

Following her unfortunate encounter with The Waif (Faye Marsay), who brutally stabbed her after getting a passage on a ship to Westeros, Arya was able to get away from her attacker when she went to the water. Fans who may be wondering if she will be able to survive her ordeal may be delighted to find out that she is still alive at least for the next installment.

The preview for the upcoming episode reveals Cersei being asked by the Faith Militants to move aside or there will be violence, “I choose violence,” she replies. Meanwhile Jamie heads to Riverrun to head the Lannister army. While talking to Brienne of Tarth (Gwendoline Christie) he warns, “I love Cersei. If I have to slaughter every Tully who ever lived to get back to her, I would love to.” Back in Braavos, The Waif seems to have a shocked look on her face as though she has been caught off guard.

In an interview with Entertainment Weekly, writer Bryan Cogman who penned episode 7 dubbed “The Broken Man” teased that the youngest Stark will still be facing some problems as she defied the Faceless Men not once but twice, “She’s been well trained, but she’s up against [professional killers],” he said.

“This is ongoing arc that Arya is battling her own humanity and her reasons for being part of this guild. She feels like the Faceless Men stand for one thing, but things aren’t quite as black and white, if you pardon the pun, as all that. It was also an opportunity this season to make her story into slam bang thriller,” he added.