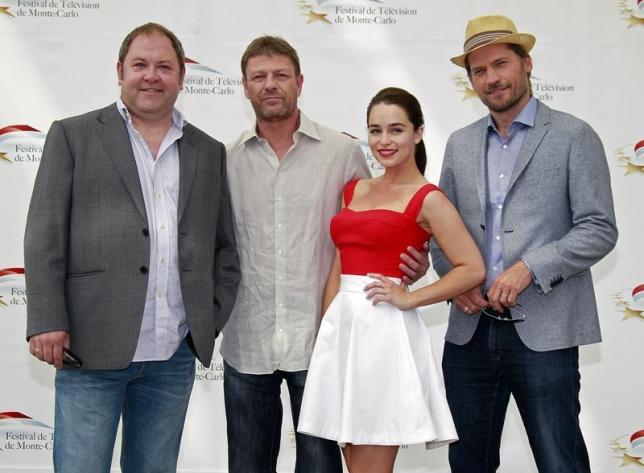 Fans may be in for a visual treat as Lena Headey, who plays Cersei, may finally conduct her walk of penance or shame to appease her aggrieved king husband with her incest and adultery in the upcoming season 5 finale “Mother’s Mercy” this June 14, reports the International Business Times of India.

Meanwhile, Jon Snow, while renewed for season 6 is not yet safe since Martin’s book leaves him being stabbed by Night Watch members with no other followups. Other persons of interest in the finale are Stannis who recently sacrificed a loved one for the Iron Throne pursuit and Daenerys who is just warding off kingdom threats while being disgusted with Mereen’s barbaric fighting pit practices.

Margarey, Loras, and Cersei’s trials will be the highlight, according to the iDigitalTimes. Water deprivation for Cersei by the septa makes her extremely desperate for things in the finale. The GoT’s official summary of the 10<sup>th episode of season 5 is quoted: “Stannis marches. Dany is surrounded by strangers. Cersei (Lena Headey) seeks forgiveness. Jon is challenged.”

Cersei will be doing this shameful ‘walk of atonement’ if following her book storyline. In the book “Dance with Dragons” at chapter 65: “Cersei is then forced to strip before the crowd and walk to the Red Keep…breaks down in tears and runs for the Red Keep, collapsing as soon as she staggers into the courtyard. Kevan Lannister orders her covered up and removed,” and this will prove to be one of her character’s most degrading moments in the series.

Latinos Post does spark some hope for Kit Harrington or Jon Snow fans as his contract was renewed for season 7 along with five other actors who got a salary increase for good performance. George RR Martin’s “The Winds of Winter” will ultimately decide his book storyline fate but the series may deviate since it does not flinch from killing off major characters in its usual gory fashion. The Game of Thrones Season 6 is currently in its post-production phase in Spain and will be seen by Spring of 2016, pretty much the same deadline for the author to release the book before the sixth season, as previously reported.

However, Jon Snow does not want to be relaxed about his safety. In a Huffington Post TV, he admits he is just as clueless about his status in the show. “I think that’s the thrilling thing about the TV show, is that we really don’t fit by the norms and people are in danger and horrible things do happen to people and we don’t shy away from that,” Harington said. “You can’t count on Jon Snow being safe or Tyrion being safe or anyone being safe, so it keeps people on the edge of their seat, and that’s why it’s good drama.”

Daenerys opened the fight pits in Mereen but not out of her bloodlust. In the show, Sons of Harpy barged in to interrupt it so Daenerys is forced to depart and Tyrion will be watching out for the Mereen people while she does that according to IBT Pulse. This is already a departure from the book’s storyline. There is also Stannis Baratheon’s sacrifice of Shireen by burning to the Lord of Light in his Iron Throne quest as offered by Melisandre to deal with for full closure in season 5. “When George first told us about this, it was one of those moments where I remember looking at Dan and it was just like ‘Gah, that’s so horrible,’ and so good in a story sense because it all comes together,” show runner David Benioff said. It was meant to be gory and awful.