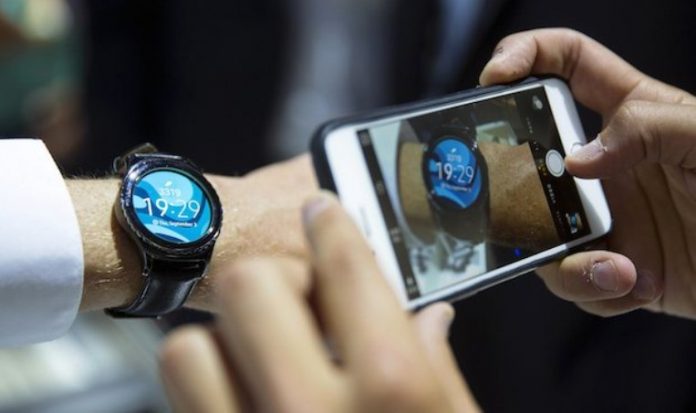 Samsung is looking at the possibility of bringing iOS to its soon to be released Samsung Gear S2 smartwatch as part of its innovations for the new device in addition to opening it up to Android.

It can be recalled that past versions of the smartwatch are only restricted to use with Galaxy phones. If the South Korean phone giant manages to open up its new release to both Android and iOS, it could become a gamechanger that opens up the device to a wider reach of consumers.

In terms of compatibility, the good news is that the device will be the first one to use Samsung’s in house Tizen micro OS which gives it the capability to support third party handsets. It opens up the Gear S2’s capability to work with smartphones with minimum specs of 1.5 GB or RAM and those using at least an Android 4.4 OS, reported TechTimes.

According to 9to5 rumors, the phone giant recently made the announcement for the Gear S2 at the pre IFA event in Berlin and revealed some features of the device including a round 1.2 inch Super AMOLED display with a 302 ppi resolution. It will run on the Exynos processor. It will also be water resistant, have 4GB storage, 512 MB RAM and a decent 250 mAh battery. It is also controllable by voice or touchscreen. It also features wireless charging.

The device will not be available until at least October but those who were lucky enough to test it out are already giving the device a huge thumbs up.  Critics said that Samsung has finally developed a watch fashionable and suitable for the anatomy of the human wrist.