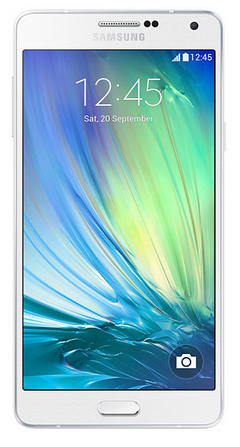 The Galaxy A8 and the HTC One M9 shares some similar features, but they also have some key differences as well.

The Galaxy A8 is described by NDTV as the “champion” of Samsung’s mid-grade devices. According to the publication, the A8’s features allow it to go near to being a flagship without being actually a flagship.

Some of these features, NDTV said, include a 5.7-inch full HD Super AMOLED display with a resolution of 1920 pixels x 1080 pixels, 2GB of RAM, and 32GB internal storage that’s expendable using micro SD cards. The A8 also has a 16-megapixel rear camera and a 5-megapixel front snapper.

The Indian Express noted that the Galaxy A8 is powered by a Snapdragon 615 octa-core processor, although NDTV said that the Snapdragon-powered variants are intended for the global market while the versions sold in India are powered by Samsung’s own octa-core Exynos 5430 SoC.

The A8 support 4G LTE and dual-SIM technology, runs on Android 5.1.1, and has a fingerprint scanner and a 3,050 mAh battery.

On the other hand, Android Headlines said that the HTC One M9 smartphone carries the Snapdragon 810 octa-core processor that is backed by 3GB of RAM, which is larger than the A8’s. The M9 also has a display resolution of 1920 pixels x 1080 pixels, a rear camera with a resolution of 20 megapixels and a 5-megapixel front camera.

The One M9’s screen is also slightly smaller than the Galaxy A8 at 5 inches only.

The One M9’s internal storage is also at 32GB, and can be expanded up to 128GB using micro SD cards as well, Neurogadget said.

Neurogadget also revealed that the One M9’s main camera can shoot videos with 4K resolution.

The One M9 was released with Android 5.0 Lollipop pre-installed, but the Gospel Herald said that HTC will be rolling out updates for several HTC One models including the M9 once Google releases the final version of Android Marshmallow.