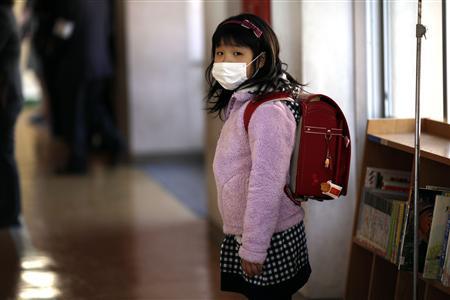 Scientists are arguing that many of the cases of thyroid cancers reported in children after the 2011 Fukushima nuclear meltdown actually were not caused by radiation, according to an article in Science.

The Fukushima Daiichi Nuclear Power Plant meltdown in March 2011 prompted public health officials to do a screening program for cancer and other ailments in residents of the Fukushima Prefecture. The first round of results showed that there was a high prevalence of thyroid problems in children. Nearly half of them were shown to exhibit abnormalities in their thyroid, most were later diagnosed with thyroid cancer.

This greatly alarmed officials and created a false sense of panic to the public, resulting to “overdiagnosis and overtreatment,” as public health specialist, Kenji Shibuya puts it, quoted by the same Science report. Due to this, many children were forced to have their thyroids removed, which upon later investigation, was actually unnecessary.

Dillwyn Williams, a thyroid cancer specialist at University of Cambridge in the United Kingdom, said that this relatively high number of cases just demonstrates a very important developmental aspect of the cancer and is not due to radiation.

“The evidence suggests that the great majority and perhaps all of the cases so far discovered are not due to radiation,” Williams told Science. He added, “Many more thyroid carcinomas than were previously realized must originate in early life.”

Aside from the swift and effective response by the national government to evacuate the residents, the Fukushima meltdown only released a tenth of the radiation spewed by the Chernobyl disaster. Thus, residents were not necessarily exposed to high amounts of radiation.

Scientists also point out that when the conclusions from the screenings were made, no comparison with data from non-contaminated areas were not done.

Evidence suggests that thyroid growths among children are far more common than previously thought and must be considered normal and that the screening program actually shows a “better understanding of the origins and development” of such abnormalites.

NASA news: Flyby, sampling of plume from Saturn's Enceladus to be...