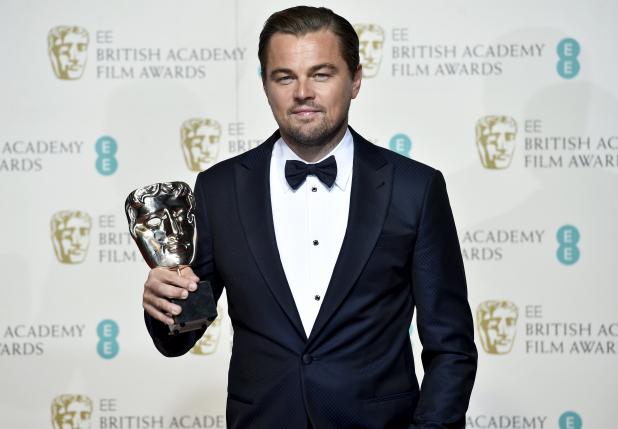 In a rollercoaster movie awards season with no clear favorite in the Oscars best picture race, there is one sure bet – Leonardo DiCaprio, one of the world’s biggest celebrities, will finally take home the best actor statuette on Sunday.

DiCaprio’s fifth acting Oscar nomination, for his role as a fur trapper bent on revenge in “The Revenant,” will prove the charm, awards pundits say, and crown the actor’s transformation from teen heartthrob to Hollywood heavyweight.

“There are cases when a particular actor is seen as overdue, and this year it’s definitely Leonardo DiCaprio,” said Dave Karger, chief correspondent of movie website Fandango.

“What is great is that he is going to win for the right performance,” Karger said.

Twenty years after his first Oscar nomination as a blue-eyed teen in “What’s Eating Gilbert Grape,” DiCaprio, 41, has swept every major prize in the long Hollywood awards calendar for his role as taciturn Hugh Glass, who is left for dead in the wilderness after being mauled by a bear.

The actor carries the two-and-a-half hour film, which was shot in sub-zero temperatures over seven months, despite barely speaking after the bear rips out his character’s throat.

“He’s really good in the film. It’s not like a throwaway award because of his career. I would be really stunned if he doesn’t win,” said Variety reporter Tim Gray.

DiCaprio has tried for years to shake off his image as the young man who sent women swooning in the 1990s with “Titanic” and “Romeo + Juliet,” even as he partied on yachts with a string of supermodel girlfriends.

In “The Revenant”, the swaggering star of “The Wolf of Wall Street” and the smooth charmer of “The Great Gatsby” are barely recognizable under a greasy mane, straggly beard and frostbitten face.

Ironically, his very appearance may have boosted his Oscar prospects.

“What’s in Leo’s favor this year is that he uglifies himself on screen. He grows a scruffy beard, he rolls in the mud, he desperately needs a bath,” said Tom O’Neil, founder of awards tracker Goldderby.com.

Despite the widespread critical acclaim, DiCaprio has taken no chances, playing an unusually active part in the hand-shaking, smiling marathon that plays out in restaurants, TV studios and on red carpets during awards season.