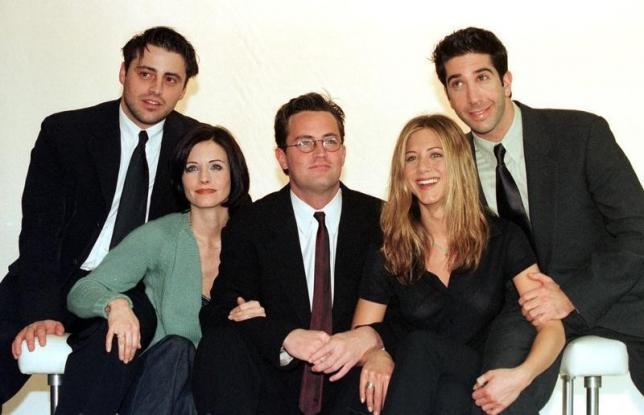 Friends, this is what everybody has been waiting for.

Entertainment Weekly reports Chandler, Monica, Rachel, Ross, Joey and Phoebe from the comedy hit show “Friends” will reunite for a special on NBC. The network announced the reunion at the Television Critics Association’s press tour in Pasadena, California on Wednesday.

The cast will be back for a special tribute to legendary comedy director James Burrows, who directed the first 15 episodes of “Friends.” Among Burrow’s list of iconic TV series are “Cheers,” “Taxi” and “The Bob Newhart Show.”

This is good news for the fans of the Emmy-winning comedy, which first aired in 1994. Stars Jennifer Aniston, Courteney Cox, Lisa Kudrow, Matt LeBlanc, Matthew Perry and David Schwimmer last appeared together in the final episode in 2004.

Although fans are excited to see them back together, there have been reports saying they might not all be gathered in the same room due to their individual schedules.

“I’m hoping all six will be in same room at same time,” NBC Entertainment Chairman Robert Greenblatt told EW. “I’m not sure we can logistically pull it off.”

Despite the set-backs, fans are still waiting to see the “Friends” reunion 12 years after its finale. The special airs Sunday, Feb. 21, on NBC.

Aniston previously shared her thoughts about the 10-year series in her 2015 interview.

“It’s so special to me to be a part of something that is so beloved,” the Emmy winning actress told E! News. “It was the greatest time in my life. And that was such a great group of people, and we love each other and it’s the gift that keeps on giving. People are still loving ‘Friends’ and I hope they do ’til the end of time.”

In 2004, Aniston, Cox and Kudrow were listed as the highest paid TV actresses ($1 million per episode) in the 50th anniversary edition of the Guinness World Records.

'Narcos' season 2 spoilers: Wagner Moura looks back on his role...