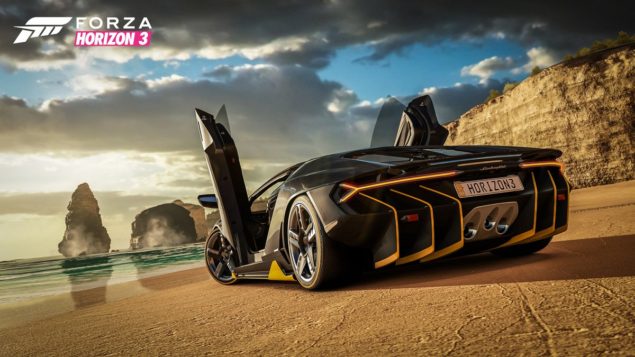 The “Forza Horizon” series of racing video games from Microsoft Studios has been treating Xbox 360 and Xbox One gamers with surreal graphics, impressive gameplay, and literally a little of everything any hardcore racing gamer would want. The only problem is that the game developers have always made it exclusive for Microsoft’s gaming console. Well, at least the newest installment, “Forza Horizon 3” is finally coming to PC.

But according to PC Gamer, the game won’t be able to run on a standard spec’d computer since its minimum requirements are so high. The good news though is that for those who aren’t really sure if their gaming machines are able to run it, Microsoft Studios is on track to release what it is being called as a “demo” that allows would-be PC buyers to download and play a small version of the game without the need to pay for it.

The truth is the demo for Xbox One is actually out, but those waiting for the PC version will once again need to do what they do best wait.

In other news, Gamespot reported that the new demo for “Forza Horizon 3” designed for Xbox One unfortunately doesn’t come with high dynamic range (HDR) support, which means it’s not feasible for the Xbox One S for the moment.

Furthermore, the same publication got some good news from an alleged Microsoft representative, saying that the stand-alone PC demo for the game will be released days after the actual launch. Well, that’s hardly good news for Windows 10 gamers because it only means one thing there really is no way for them to try the upcoming game without having to buy it unless of course they’re willing to wait for it after the launch. By the way, the same individual said that the next best thing right now is to play the other “Forza” title, “Forza Motorsport 6: Apex,” which is already readily available at the Windows 10 Store for a free download.

Microsoft Studios earlier announced that “Forza Horizon 3” will be launched on Sept. 27 for Xbox One and PC.

MacBook Pro 2016 rumored to be launched together with the iPhone...