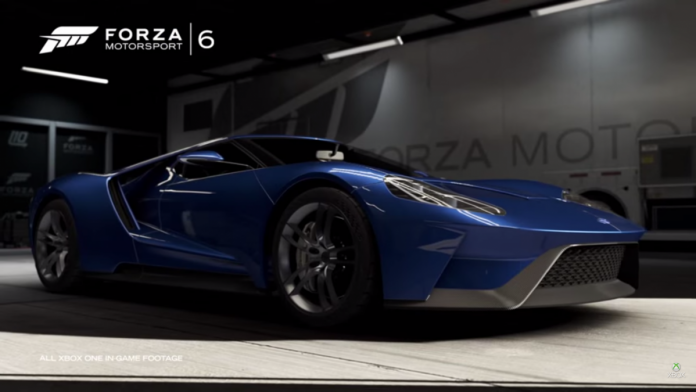 Gamers are in for a treat when they take on the demo version of Microsoft’s upcoming Forza 6 racing video game.

This is because they will be getting a free digital model of Ford’s new GT race car when the retail version of the game comes out next week, VG247.com reported.

In addition, the Tech Times said, players who have pre-ordered the Ultimate Edition of the game will be able to access the game and the free Ford GT digital car today, five days ahead of the release of the regular version of the game.

Forza 6 will be released on Xbox One on September 15 in the US and September 18 in Europe.

An executive at Turn 10, Forza 6’s developer, claimed during an interview that Ford had given them exclusive and top secret information about the Ford GT during the development phase.

He also said that car manufacturers have recognized the potential of the video game industry and are now starting to reach out to video game developers to promote their product.

“Car manufacturers want to tap into the car passion in gamers. We’re their best conduits, now they come to us,” Greenawalt revealed.

In order to download the demo, Gamespot said that players have to set aside 12.67 gigabytes of storage space in their Xbox One hard drives.

The sizable demo will let the players see the game’s working cockpits in action, as well as how the game’s engine renders damage modeling, wet weather scenes and night racing, the article added.

All of the demo version’s graphics are presented at 1080p resolution and a frame rate of 60 frames per second, Gamespot revealed.

The full version of the game will give players access to over 400 cars to play with, the Tech Times said.

Yamaha Sports Ride is lightweight at under 1700 lbs

'Modern Family' season 8 spoilers: The Dunphys try to save Luke's...