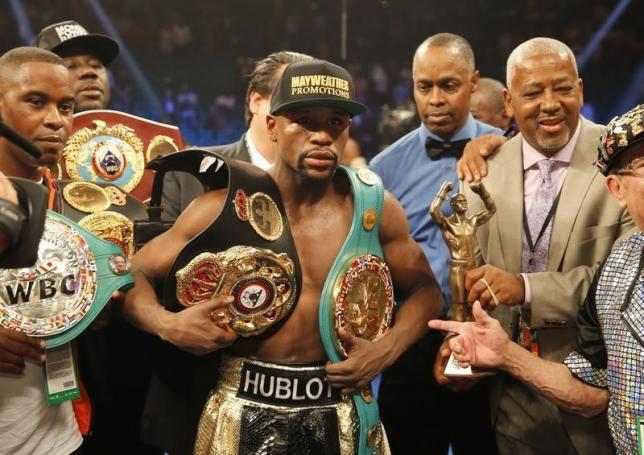 With the world talking about the undefeated bantamweight champion Ronda Rousey and her recent 34-second match victory against Brazillian Bethe Correia, reports claim that it may be the prime time for the mixed martial arts fighter to go against boxing great Floyd Mayweather, Jr.

Rumors have it that Mayweather may be announcing soon who he will fight next before his Showtime contract ends and expected retirement happens. Some speculations suggest that it may be Andre Berto.

Meanwhile, the 28-year-old female champion previously dismissed the idea of a Rousey-Mayweather bout while talking to Access Hollywood, “Well, I would never say that I can’t beat anyone, but I don’t think me and him would ever fight. Unless we ended up dating,” she said with a laugh.

However, fans are hoping that she may change her mind as they deem that everyone would want to watch two unbeaten players who are both reigning in their respective pound-for-pound sports.

Clay Travis of Fox Sports said the fight between them must happen as it will not only become the most popular pay-per-view match after Mayweather’s bout against Manny Pacquiao, but it will be a battle against sexes and fighting styles which will most certainly be one for the books.

The only instance that they had a chance to compete with each other was for the ESPY’s award for Best Fighter in which Rousey came out on top. In an interview after the event, she commented, “I wonder how Floyd feels being beat by a woman for once.”

Meanwhile, Californian boxer Shane Mosley who recently returned to the ring after two years of laying low, stated that he wants a rematch against Mayweather.

“My mindset is to beat all the guys that beat me. Obviously I can’t beat Vernon Forrest. God bless the dead. There is Mayweather, there is Pacquiao and there is Winky (Wright) if he wants to come back and fight,” Sky Sports reports.

'Grey's Anatomy' season 13 spoilers: Caterina Scorsone on how Meredith and...