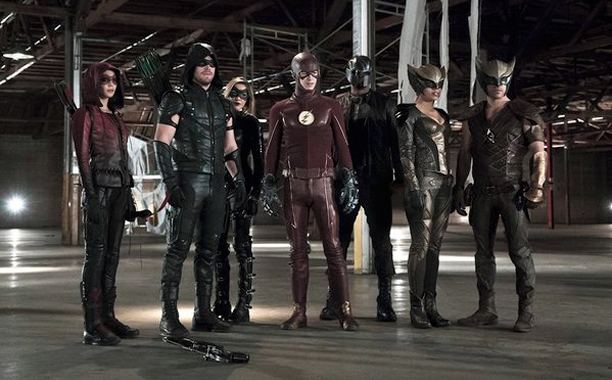 In the last episode of “Flash” season 2, “Enter Zoom,” the team tried to stop Zoom but Doctor Light escaped, so Barry Allen (Grant Gustin) gave up hope of her aiding them in stopping Zoom. Linda Allen, Doctor Light’s Earth-1 counterpart, instead agreed to impersonate the latter in order to get to Zoom. Dr. Wells created a speed-dampening serum, and then they tried to trick Zoom into entering through the breach by staging a fight nearby. But they failed because Zoom knew of their plan. Zoom then went after Linda and fought and defeated Barry. As Zoom stabbed Barry with his hand, Cisco (Carlo Valdes) shot Zoom with the serum. The serum hurt Zoom but he was still able to escape. Later on, Wells revealed that Zoom has his daughter Jesse and that she had come to Earth-1 to put a stop to Zoom. Barry gained consciousness despite his injuries but had lost feeling in his legs.

As episode 6 closed, the burning question that had plagued audiences since the premiere of season 2, “Who is Zoom?” comes to mind. But the revelation is not going to come this week. There is the realization that he is obsessed with destroying Barry and the whole lot of speedsters. He wants to be the only speedster left, to be the fastest man alive. Exactly why is not so clear at this point.

In the seventh episode, “Gorilla Warfare,” to air on Nov. 17, Barry’s father Henry Allen (John Wesley Shipp) will return in time to catch Barry in a wheelchair after being beat up by Zoom, but no explanation will be offered for his previous absence or abrupt departure. Meanwhile, the team will report psychic gorilla Grodd’s return to Central City to kidnap Dr. Caitlin Snow (Danielle Panabaker). Barry and the team rush to save her. In this episode, Cisco plans his date with Kendra Saunders (Ciara Renee, guesting), while Patty (Shantel VanSanten) starts suspecting that Barry is keeping something from her.