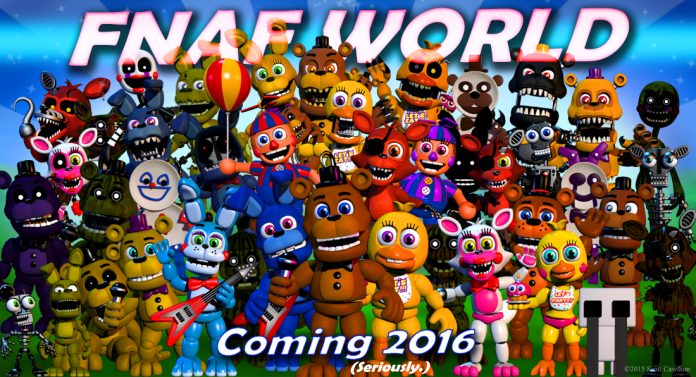 Fans who may have been waiting for the next installment of horror-thriller game, “Five Nights at Freddy’s” can curb their anticipation with the announcement that the fourth reiteration will be treated with updates to be released this coming Halloween.

Game developer Scott Cawthon took to the game’s Steam page a while back to share the good news saying, “The October 31st content will be an automatic update, not DLC. It will update the game to 1.1 and will include lots of goodies on the extras menu (for those who have beaten night 6), including a cheat menu, a challenge menu, and a twist on a familiar minigame that provides a boost when playing challenge modes. This also means that there will be a whole new set of stars to earn for those who are up to the challenge!”

He also teased that he is planning to include a new fun game but it remains to be seen if it will be done by the aforementioned date. If it does not come to fruition, a sneak peek can be expected.

It was later revealed that the game is titled “Five Nights at Freddy’s World,” however; it is reportedly still under production and may not become ready by the end of the month.

Moreover, he explained that the box will not be included this time. Contrary to how gamers found every element, folk lore and Easter egg on the first three versions, players seem to be having a hard time discovering all aspects of the “Five Nights at Freddy’s 4”. Cawthon concluded, “The fact that the pieces have remained elusive this time strikes me as incredible, and special, a fitting conclusion in some ways, and because of that, I’ve decided that maybe some things are best left forgotten, forever.”

“Five Nights at Freddy’s World” is slated to launch sometime next year.

'Suits' season 5 spoilers: who sold Mike to the authorities? Aaron...