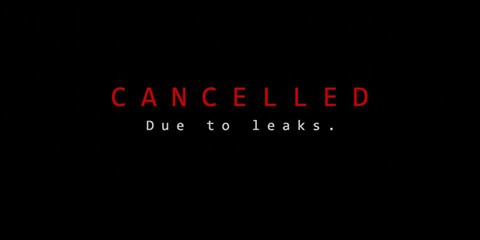 After all the fiasco in the past couple of days about the rumored cancellation of “Five Nights at Freddy’s: Sister Location,” now it really is almost certain that the upcoming and highly anticipated indie point-and-click survival horror video game is indeed cancelled, or at least that is what the official website of its creator, Scott Cawthon is saying.

There also could be good reason to speculate that this is all about hype and that Cawthon is just trying to come up with unconventional ways to drive interest towards the upcoming video game. If one is to visit the Scott Games site today, they can easily see that the entire landing page has a cancellation notice on it, with a corresponding brief explanation, saying that the game was cancelled as a result of leaks.

According to Mobile & Apps, the message can also refer to something that only the game creator understands and is testing fans of the game to figure out what it means. The report also mentioned about Cawthon’s personality as an internet troll, which explains this kind of ambiguous message.

Anyway, one good sign that the game isn’t really cancelled is the fact that the official page on Steam does not indicate it. In the event that it really is cancelled, it makes sense if the Steam page should have already announced it, too. Moreover, discussions over Steam revealed that the cryptic message might be somewhat related to the grand opening of the upcoming game, wherein there’s a gas leak in the building at the Circus Baby’s Pizza World. Is this the leak that the Scott Games website is actually talking about?

There’s no telling right now if the game is really cancelled, but anyone who digs a little deeper will understand that leaks aren’t really enough reason to suddenly kill off this very popular video game series. The most viable explanation is that this is just one of the clever if not awkward marketing ploys by the developer.