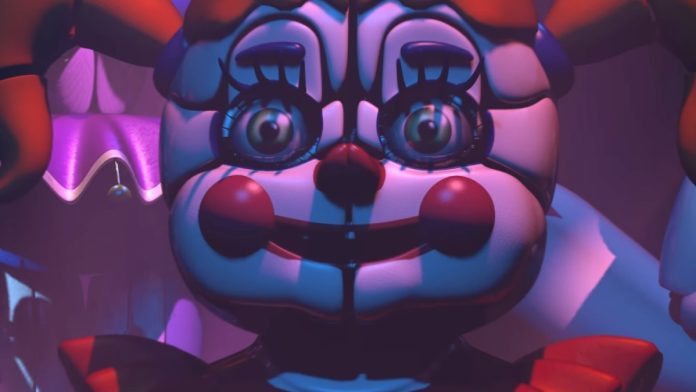 The much awaited game, “Five Nights at Freddy’s: Sister Location,” will be released on Oct. 28 for the PC and mobile devices.

While the original storyline of “Five Nights at Freddy’s” centered on the haunted Freddy Fazbear’s Pizza, the new game will be set at a new pizza parlor, featuring new animatronics that will try to kill the new night guard on duty which is, as usual, the character that the player takes on.

The following is the official synopsis for the new game:

“Welcome to Circus Baby’s Pizza World, where family fun and interactivity go beyond anything you’ve seen at those *other* pizza places! With cutting-edge animatronic entertainers that will knock your kids’ socks off, as well as customized pizza catering, no party is complete without Circus Baby and the gang!”

“Now hiring: Late night technician. Must enjoy cramped spaces and be comfortable around active machinery. Not responsible for death or dismemberment.”

Of course, despite the new setting, players will still see one iconic element present in all of the “Five Nights at Freddy’s” installments that there is a security guard for the late night shift that would be having the scare of his life in his new job. Animatronics will do their best to pounce on him in the one week that he will be working at the pizza place and too bad, as insurance will not cover him for the damages incurred.

The “Five Nights at Freddy’s” franchise is a point-and-click series of horror games developed and created independently by Scott Cawthon. Ever since the first game, the series has received critical and fan acclaim, particularly for its jump scares and its traditional yet appealing approach to gameplay mechanics.

One of the new features expected to come to the game is more movement options for players as they defend themselves from the haunted animatronics.

The upcoming “Five Nights at Freddy’s: Sister Location” would be the fifth overall game in the “Five Nights at Freddy’s” series. Though the game was already announced to be a spin-off series and not part of the original storyline of the game, it is seemingly connected in some way the specifics of which will only be revealed once the game is officially released.