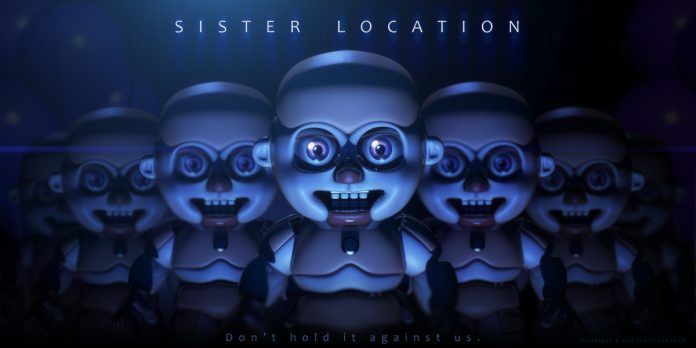 Following the release of the brand-new teaser poster in Scott Games’ official website, fans of the “Five Nights at Freddy’s” series have been more relentless in decoding what is next with regard to its spin-off game, “Five Nights at Freddy’s Sister Location.” Aside from the possible characters included in the upcoming title, its setting is especially intriguing given that it is expected to be a pivotal part of the overall gameplay.

There are numerous rumors narrowing the endless possibilities with what kind of backdrop “Five Nights at Freddy’s Sister Location” will offer its players. The list includes an underground part of a circus, a safety bunker, an eatery, the lair of a mad scientist, and the factory of the animatronics. Reading more into the choices, it appears that almost all places are concealed or are not obvious to prying eyes except for the eatery.

Meanwhile, cross-referencing these choices to previous hints that the game developer has released in the recent weeks, the animatronics factory may be the most feasible one. This is given the slew of life-like robots that are assumed to play a huge part in “Five Nights at Freddy’s Sister Location.” The most recent one to be somewhat confirmed in the game are the so-called Bidybabs.

The characters were introduced via a poster showing seven tiny infants connected together. Interestingly, the Bidybab creatures have not been seen yet in any of the other games in the “Five Nights at Freddy’s” franchise. They are however speculated to be operating as a unit with either Baby or Ennard controlling all of them. They also feature the tagline that reads, “Don’t hold it against us,” which may mean that whatever they execute is an order from someone who is making the calls for them.

No other official information has been released as of yet by Scott Games. Fans are advised to tune in for the latest updates and rumors about “Five Nights at Freddy’s Sister Location.”