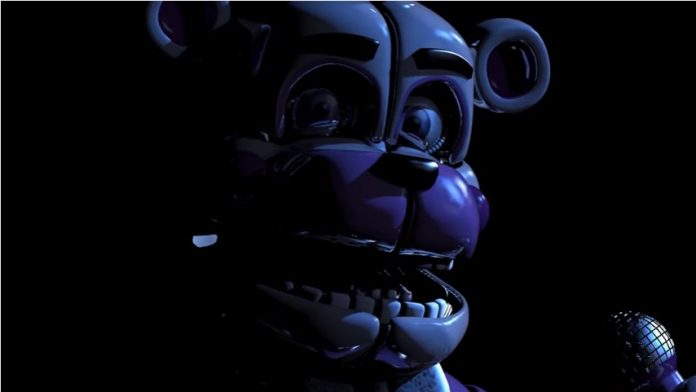 Scott Games shocked fans when its website showed that “Five Nights at Freddy’s: Sister Location” was cancelled, but it should not be taken at face value after all.

The Scott Games website now only shows one page with the words “cancelled due to leaks” at the center. This made it look like the previously leaked list of voice actors caused “Five Nights at Freddy’s: Sister Location” to be cancelled. However, redditors who did not believe the message and played around with the image proved that this was not the case.

According to The Bitbag, when the image is turned to monochrome and then brightened, a made-up news entry suddenly appears in the background, as seen below.

Apparently, the leak that it is referring to is the gas leak in the supposed building of Circus Baby’s Pizza World, an establishment in the game. Instead of the game itself, what is cancelled turns out to be the grand opening of the building.

“One local is quoted as saying, ‘Everything just stopped. There was so much excitement built around this place opening and then they just stopped talking about it. There was only a handful of people that ever got a look at the inside. Kids from here and there, making sure everything worked right, you know. I guess they weren’t quite as ready as they thought they were!’ a snippet from the mock news entry reads.

The redditors also discovered a message in the source code, saying that it was too soon for the ambitious project. It added, however, that the animatronics Circus Baby still has a bright future and can still appear in parties.

Regarding the leaked list of voice actors, International Business Times reported that the nine new names were found out by redditors by lurking in Scott Cawthon’s profile on Voices.com. The voice actors were discovered because they left reviews on the developer’s page.

'The Blacklist' season 4 premiere episode to pick up after events...