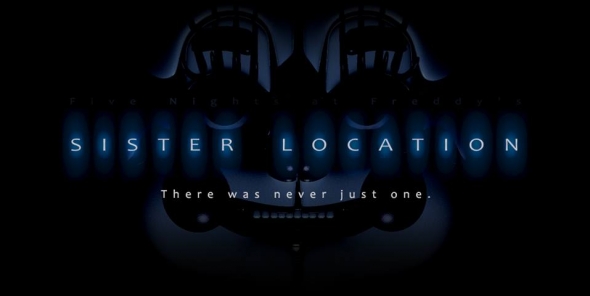 Dubbed as “Five Nights at Freddy’s: Sister Location,” the trailer was posted on Cawthon’s official YouTube channel unveiling the cast of animatronics and its release window. The clip opened with a view of the animatronics seemingly harmless as they sat on some furnitures. The words that read “Fear. Panic. Dread. Terror.” flashed one by one.

It was then followed by a first-person point of view of the gameplay. The gamer seemed to be seated in a room with a giant spinning fan and posters on its wall. Afterwards, a new area is shown containing what could be a control panel with several interesting buttons.

The footage continued with the words “Deep below grounds where memories sleep, anger is restless and secrets don’t keep,” while showing the animatronics coming to life as they danced to a creepy-sounding tune.

The character Baby’s voice can also be heard in the background saying, “Don’t hold it against us. You don’t know what we’ve been through.” Baby was seen front and center alongside Funtime variations of Freddy and Foxy from previous iterations and a new ballerina deemed to be called Ballora. The trailer ended with the announcement that the game may be expected sometime in fall, presumably across platforms such as PC and mobile devices.

According to reports, the event featured in one of the scenes is believed to offer a way to allow players to travel between the two aforementioned stations. If this comes to fruition, “Sister Location” marks the first time in the franchise that players have to watch over two rooms instead of one. In addition, although movement is implied, it is predicted that the game may offer some automatic position shifts similar to “Five Nights at Freddy’s 4” instead of true free roaming.

However, since Cawthon has yet to disclose more details about the game, available information should be taken with a grain of salt.

Maroon 5 news: Band set to go on another tour in...