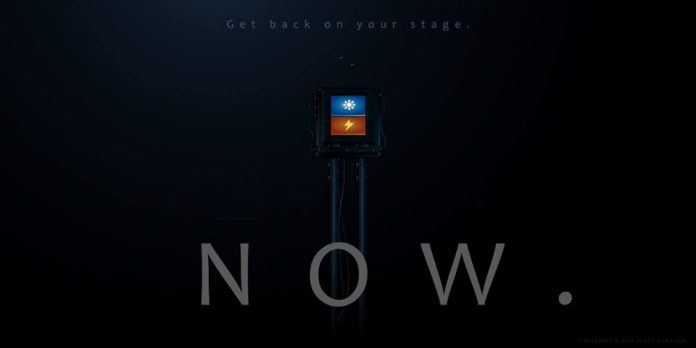 Creepy indie survival horror point-and-click video game series, “Five Nights at Freddy’s,” is due for a new installment this coming fall and creator Scott Cawthon has been quite busy as of late in teasing fans with cryptic messages on his website.

To recall, Cawthon teased fans of the video game series several weeks back with a baby animatronics on his website, but surprisingly, he again changed it into a simpler but equally chilling image. The image now shows a clear message, saying “Get back on your stage,” and below it, there’s the word “NOW.” Although it doesn’t say much, everyone is left wondering if there would be significant changes coming to the upcoming game, “Five Nights at Freddy’s: Sister Location.”

Several fans online believe that the change might be about the mechanics of the game, or more specifically the couple of buttons representing the controls that a player will be using to defend and survive the five nights. Meanwhile, a rumor explains that the message is directed to stage performers who are dressed up as animatronics.

And while there is a quick flurry of speculations about this recent image, the interesting thing is there hasn’t been any new information, at least for now, about the baby animatronics. It was previously though that there will be a new animatronics which would serve as a new villain in the upcoming game. However, Cawthon has not given any confirmation or details about that cryptic post a while back.

Another report pointed out that in the previous installment, “Five Nights at Freddy’s World,” there was a mention of a character named “Baby,” and it couldn’t be just a coincidence that a baby animatronics suddenly appears as a teaser to the new game.

Because the video game series and its creator have so far deviated from the traditional practice of following a release pattern, it’s difficult to speculate when “Five Nights at Freddy’s: Sister Location” will be released.

'How to Get Away with Murder' season 3 spoilers: Conrad Ricamora...