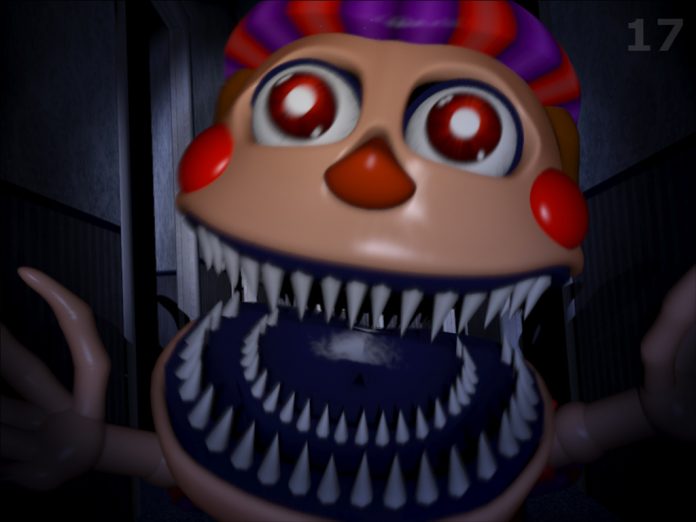 New information regarding the upcoming film adaptation of widely popular horror video game “Five Nights at Freddy’s” is hard to come by ever since the project has been given the go signal to start productions. Directed Gil Kenan only revealed some hints on what is going on with the developments of the indie survival game by Scott Cawthon.

Kenan took it to Twitter to post a photo of what could be an animatronic’s head alongside other computer machineries. He captioned the image with “Watch that thumb.” When asked by fans what is actually featured, he humorously answered with, “from today’s NYT article about STEM education…”

Speculations suggest that it may likely be an indication that the character to which the animatronic will be used for can bite the person holding the head up, a feature that fans may notice to be constantly referred to in the games.

What may have added to the assumption is that one of the franchise’s most iconic events was reportedly called the “Bite of 87” wherein one of the animatronics bit the head of a child.

However, since the animatronic shown in the picture seemingly fits a human and not for terrorizing and murderous animal mascots, it is predicted that other types of characters may be featured in the movie’s plot.

The director also previously shared a photo of him alongside a life-sized teddy bear which fans assumed to have something to do with the film. Rumors have it that he may bring full size animatronics to life instead of using green background and Computer-Generated Image.

Aside from Kenan, the movie also has Seth Grahame-Smith, Roy Lee and David Katzenberg of KatzSmith as producers. It is expected that Cawthon will take part as well.

It remains to be seen when “Five Nights at Freddy’s” will hit the big screens.

'Once Upon a Time' season 5 spoilers: Ruby, Mulan to help...